The vessel, longer than a soccer field, was carrying cars and other cargo. 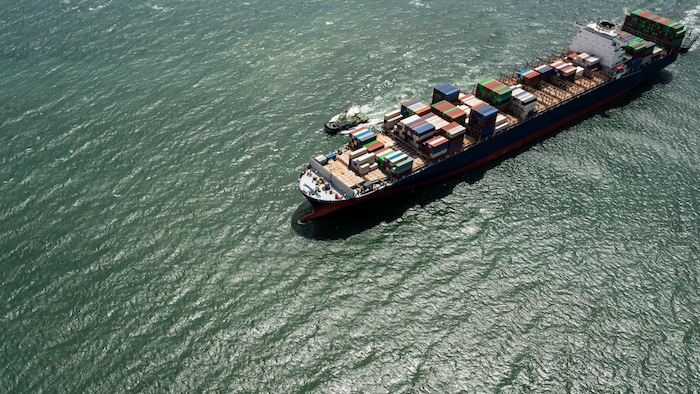 DUBAI, United Arab Emirates (AP) — An Emirati-flagged cargo ship, longer than a soccer field, sank in stormy seas off Iran’s southern coast in the Persian Gulf on Thursday, authorities said. Rescuers were trying to account for all of the vessel’s 30 crew members.

Capt. Nizar Qaddoura, operations manager of the company that owns the ship, told The Associated Press that the Al Salmy 6 encountered treacherous weather. The choppy waters forced the vessel to list at a precarious angle and within hours fully submerged the ship.

Emergency workers dispatched from Iran successfully saved 16 crew members, Qaddoura said, and civilian ships had been asked to help with the rescue efforts. Another 11 survivors made it into life rafts, while one person was plucked and saved from the water by a nearby tanker. Two crew members were still bobbing in the sea, he said.

The crew consisted of nationals from Sudan, India, Pakistan, Uganda, Tanzania and Ethiopia, Qaddoura said. The ship had been bound for the port of Umm Qasr, in southern Iraq, carrying cars and other cargo. It had left Dubai days earlier.

The vessel capsized some 50 kilometers (30 miles) off the coast of Asaluyeh, in southern Iran, the state-run IRNA news agency reported. The search-and-rescue operation was complicated by bad weather, the report added, and was continuing.

Iranian media released images and footage of the ship, flipping over on its side after being rocked by waves, that matched with previous images of the Al Salmy 6, a roll-on, roll-off carrier — so named because automobiles can drive on and off.

The U.S. Navy’s 5th Fleet, which patrols in the Mideast, did not immediately respond to a request for comment about the incident.

Crucial oil and cargo shipping lanes flow past Iran through the Strait of Hormuz, delivering energy supplies from the oil-rich Gulf Arab states to the rest of the world.

Vessels sinking and other accidents remain rare in the busy waters. But dust and sand storms, gale-force winds and other poor weather typically sweeps across the region as seasons change from the chilly winter to sizzling summer.

Severe weather began to pound the Persian Gulf on Wednesday, the state-run Iran Meteorological Organization reported, bringing wind gusts in excess of 70 kph (40 mph) and high waves to Iran’s Bushehr province. The agency issued a “red alert” this week, warning of disruption to maritime activities in the gulf and damage to offshore facilities through Saturday.