The automaker has set a goal to stop selling internal-combustion passenger vehicles by 2035. 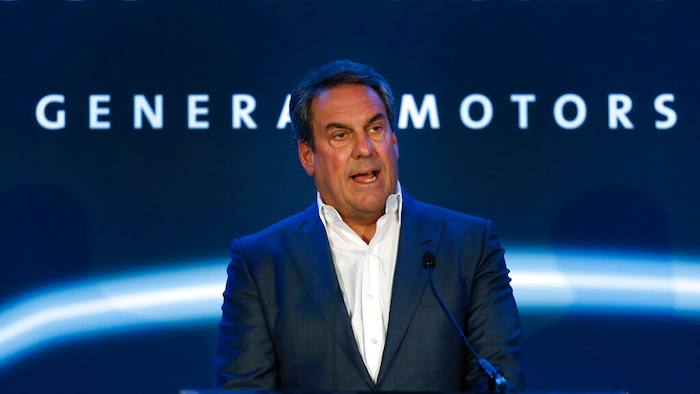 Mark Reuss gave no details of where the factories would be located or exactly what they would manufacture. He spoke in a weekend interview with The Associated Press at an IndyCar race on an island park near downtown Detroit.

“In the next week we'll announce some more, and it will be here in the U.S.,” Reuss said of the new battery factories.

The factories would be in addition to two battery cell plants that the company announced in the past two years, both geared to ramp up production as GM rolls out 30 new electric vehicles globally by 2025, with more than two-thirds sold in North America.

GM and joint venture partner LG Energy Solution already have announced battery cell factories in Lordstown, Ohio, near Cleveland, and Spring Hill, Tennessee. The company is investing $2.3 billion to build each of the facilities. Lordstown is expected to open next year and employ 1,100 workers, while Spring Hill is to open in 2023 and employ 1,300. It's likely the new battery plants would employ similar numbers of people, but Cain wouldn't comment on numbers.

The two plants under construction would send cells to five factories where GM plans to build electric vehicles. But the two factories can't make enough to feed all of the plants if sales rise.

The EV assembly plants are in Detroit-Hamtramck, Michigan; Orion Township, Michigan; Spring Hill, Tennessee; Ingersoll, Ontario; and Ramos Arizpe, Mexico. It's likely that the new battery plants would be close to at least some of the assembly factories.

Electric vehicles now amount to less than 2% of U.S. new vehicle sales, but they are rising and projected to grow as more manufacturers roll out additional models and the U.S. government comes out with expanded tax credits and other incentives to buy them.

Last month GM said it would support efforts by the United Auto Workers union to organize employees at the Lordstown and Spring Hill battery plants. Previously the company had said the joint venture with LG, called Ultium LLC, would decide on a bargaining strategy.