Nevada, home to the nation's only large-scale lithium mine, could see significant job creation from electric vehicles. 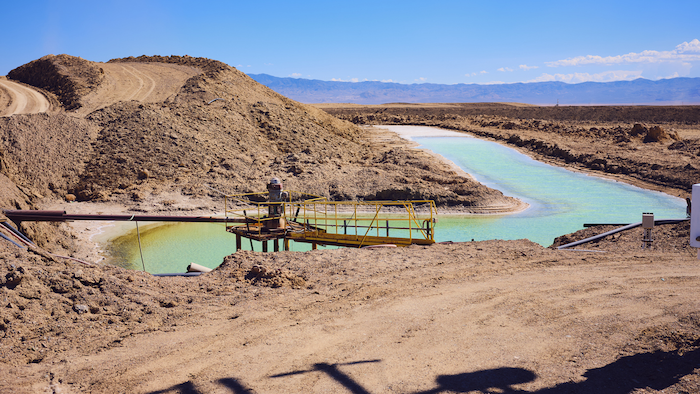 NORTH LAS VEGAS (AP) — Secretary of Energy Jennifer Granholm said the Biden administration wants to see lithium needed for electric cars to be mined “in a responsible way" that respects the environment and Native American tribes.

Granholm said during a visit to Nevada on Thursday to promote President Joe Biden’s sweeping infrastructure plan that lithium, used for electric vehicle batteries, could become a big source of job creation in the state, in addition to furthering the president's ambitious climate agenda.

Nevada is home to the only large-scale lithium mine currently operating in the U.S. Two proposed lithium mines in Nevada are facing legal challenges and pushback from conservationists.

This week, plans for one of the mines appeared in jeopardy after the U.S. government announced it intends to propose protecting an extremely rare wildflower that grows only in Nevada at the mine site under the Endangered Species Act.

A third proposed mine near the Nevada-Oregon border has attracted legal challenges and opposition from ranchers, Native Americans and environmentalists.

The challenges test the Biden administration's ability to straddle its promises to protect public lands while pushing aggressive clean energy goals like getting more electric cars on the road.

Granholm on Thursday said the administration wants find a way to achieve both aims.

Granholm pointed to a project in California where an energy company is working to extract lithium from brine from the Salton Sea, an inland lake. She called the project “utterly sustainable” and “very exciting."

The two proposed Nevada projects are open pit mines, a different type of mining, but the Energy Secretary and former Michigan governor said Thursday that there's a “variety of types of mines” and “all of them could be sustainable.”

"It's just got to be done in the right way," she said.

Most Nevadans are opposed to storing the nation’s radioactive waste at the site about 100 miles from Las Vegas. Nevada politicians, pitted against their counterparts in states that want to offload their nuclear waste, have fought for years to block the project.

Granholm said the Biden administration is working to find a place to store the waste where the surrounding community and state would be willing to take it on and receive compensation. She said the process will get underway this fall, but the government is already soliciting information from interested parties.

She planned to visit a solar energy facility, tour a solar-powered home and meet with elected officials, community advocates and workers during her two-day visit wrapping up Friday.