Prime Minister Boris Johnson exchanged text messages with the industrialist and promised to "fix" tax rules for him. 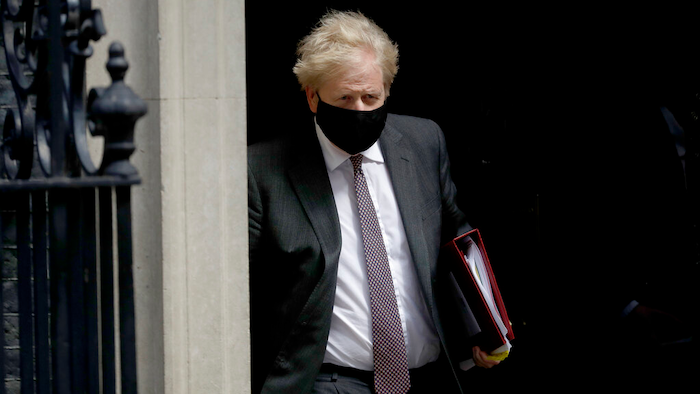 LONDON (AP) — British Prime Minister Boris Johnson said Wednesday that he did nothing wrong when he exchanged text messages with a wealthy industrialist and promised he would “fix” the tax rules for him.

The BBC reported that it had seen messages between Johnson and James Dyson, the vacuum cleaner innovator and home products magnate. The texts were sent in March 2020, when the coronavirus was sweeping across Britain and the government, fearing the health service would be overwhelmed, was trying to secure more ventilators.

It approached the Singapore-based Dyson, who sought assurances that his staff members would not have to pay extra taxes if they came to Britain to work on the project.

According to the BBC, Johnson texted: “I will fix it tomo (tomorrow)! We need you. It looks fantastic.” The broadcaster reported that another message from Johnson said Treasury chief Rishi Sunak "says it is fixed!! We need you here.”

The British government denied wrongdoing, saying Johnson was seeking to source medical equipment in an emergency.

“I make absolutely no apology at all for shifting heaven and earth and doing everything I possibly could, as I think any prime minister would in those circumstances, to secure ventilators for the people of this country," he told lawmakers in the House of Commons.

Johnson said he would be “happy to share all the details” of the messages with lawmakers.

But the main opposition Labour Party said the “jaw-dropping” revelations suggested that the prime minister had “used the power of his office to personally hand public money to a billionaire friend in the form of tax breaks.”

Labour leader Keir Starmer said there was “one rule for those that have got the prime minister’s phone number, another for everybody else."

One of Britain's wealthiest people, Dyson is a prominent Brexit supporter and donor to Johnson's Conservative Party. Dyson’s company did work on ventilators, but they didn't go into full production.

Dyson said it was “absurd to suggest that the urgent correspondence was anything other than seeking compliance with rules, as 450 Dyson people — in U.K. and Singapore — worked around the clock, seven days a week to build potentially life-saving equipment at a time of dire need.”

The news comes on top of allegations of cronyism involving one of Johnson’s Conservative predecessors, former Prime Minister David Cameron.

Cameron, who led Britain between 2010 and 2016, lobbied on behalf of a now-bankrupt financial services firm, Greensill Capital, whose founder he had employed as an adviser. Greensill collapsed last month, threatening thousands of jobs at a British manufacturer, Liberty Steel, which it helped finance.

Cameron has denied wrongdoing. Both the government and Parliament have launched inquiries. Opposition parties are calling for tougher rules on links between government ministers, civil servants and businesses, saying Britain’s laxly enforced lobbying regulations leave the door open to corruption.