The robotics company closed the books on 2020 with a more playful demonstration than its usual unsettling videos. 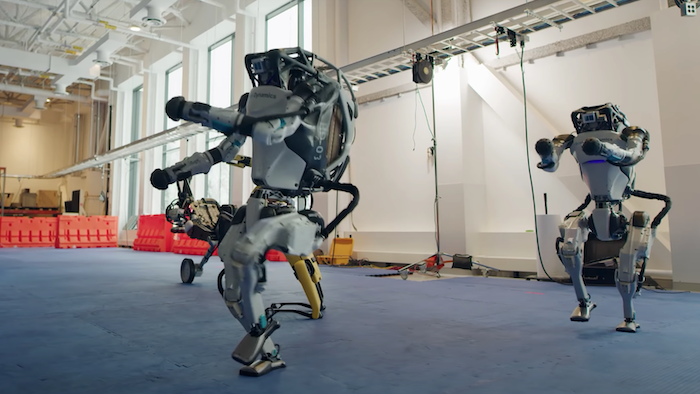 Boston Dynamics released a video on Tuesday showing four of its robots dancing to the 1962 hit “Do You Love Me?” by The Contours, and it caught fire online.

Two of the company's humanoid Atlas models do the twist, the mashed potato and other classic moves, joined by Spot, a doglike robot, and Handle, a wheeled robot designed for warehouse work.

Boston Dynamics is infamous for its scary robot videos, but this one is clearly a playful attempt to close the books on 2020.

“Our whole crew got together to celebrate the start of what we hope will be a happier year,” the Waltham, Massachusetts, company says in the caption.

Thousands applauded the robots' moves and the technology powering them. Others appeared to be a little freaked out by their dexterity.

“Slightly creepy, I have to admit,” tweeted Carl Bildt, a Swedish diplomat who co-chairs the European Council on Foreign Relations.

“Do you love me? Not when you come to annihilate us,” tweeted Jan Nicolas, a photographer.