Spinoff company Chemours has alleged that DuPont downplayed the cost of its environmental liabilities. 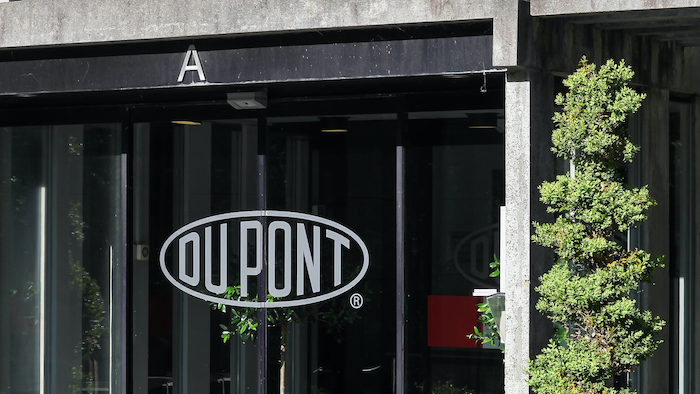 The court issued a one-page ruling dated Tuesday affirming the March decision of a Chancery Court judge who said he had no jurisdiction to hear the case because the dispute was subject to mandatory arbitration.

Chemours sued DuPont last year, alleging that DuPont deliberately lowballed the cost of environmental liabilities Chemours would face in reimbursing DuPont for pollution related to human-made chemicals known as per- and polyfluoroalkyl substances, or PFAS.

The chemicals have been used in firefighting foam, nonstick cookware, water-repellent clothing and many other household and personal items. They sometimes are referred to as “forever chemicals” because of their longevity in the environment.

The PFAS family of chemicals, which have been associated with increased risk of cancer and other health problems, includes perfluorooctanoic acid, or PFOA, which was used in the production of Teflon.

Vice Chancellor Sam Glasscock III ruled that he had no jurisdiction to hear the case because the separation agreement between the companies clearly states that all disputes arising from the spinoff are subject to binding arbitration.

“We have consistently maintained Chemours’ allegations are without merit and should be handled through the private arbitration process required by the separation agreement and are gratified that the court agreed,” DuPont spokesman Daniel Turner said in an email.

A spokeswoman for Chemours did not immediately respond to an email seeking comment.

Chemours argued on appeal that the arbitration clause was unenforceable because the designated management team of Chemours did not give its consent, as required by the Federal Arbitration Act, but instead was forced in the separation agreement to follow the dictates of DuPont as the parent company.

According to court papers filed by Chemours, DuPont appointed three of its own employees as the Chemours board of directors, which noted that DuPont had concluded the spinoff was in DuPont’s best interests, then approved the separation agreement.

The DuPont-installed directors resigned shortly afterward and one of them, DuPont lawyer Nigel Pond, was redesignated vice president of Chemours. Ponds signed the separation agreement in that capacity, then immediately resigned from Chemours, according to the court filing.

"Is there any doubt that Chemours was under the domination of DuPont?” Chemours attorney William Savitt asked at a hearing earlier this month.

DuPont argued that the separation agreement was a valid contract under Delaware law and the arbitration delegation clause was not subject to challenge as being “procedurally unconscionable.”

DuPont attorney Robert Saunders also noted that, under Delaware law, the directors and officers of a wholly-owned subsidiary owe their duties to the parent company and its stockholders.

“As a result, the enforceability of agreements entered into a between a parent and a wholly-owned subsidiary, including agreements to arbitrate, are not called into question merely because the parent dictates their terms,” he said.

When it spun off its former performance chemicals unit in 2015, DuPont was facing multidistrict litigation involving 3,500 personal injury claims related to PFOA. DuPont pegged the maximum liability for those cases at $128 million. Dupont settled 19 months later for $671 million, agreeing to pay half the settlement amount, and up to $125 million more toward costs of other PFOA-related litigation. Chemours paid the other half.

Chemours claimed that DuPont had “a keen incentive” to downplay environmental liabilities while extracting a multibillion-dollar dividend from Chemours that would help fund a stock buyback. Chemours sought a declaratory judgment from the court limiting DuPont’s indemnification rights to the maximum liabilities it certified, or for an order directing the return of the $3.9 billion dividend.

Meanwhile, Chemours, DuPont and other chemical companies have been the subject of new lawsuits over water contamination related to PFAS chemicals.

Chemours also has said that potential environmental liabilities in New Jersey far exceed the $337 million cited by DuPont at the time of the spinoff.