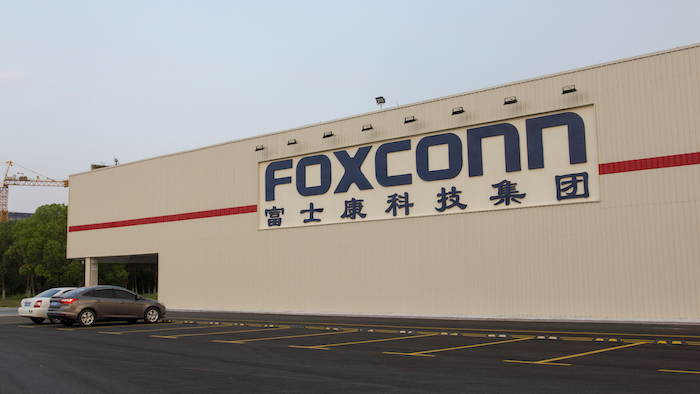 MADISON, Wis. (AP) — Foxconn Technology Group is willing to accept a reduction in state tax credits “in exchange for a flexible business environment in Wisconsin,” the company told state officials as both sides move closer to reaching a new deal.

Communication between the state and the worldwide electronics leader show both sides are nearing agreement, records obtained Friday by the Milwaukee Journal Sentinel and Wisconsin State Journal show.

The state has been pushing Foxconn to amend the contract to reflect that the company’s construction of a smaller facility than the original contract envisioned.

In a statement, Foxconn said the company “is optimistic that an amendment to the WEDC Agreement is within reach.”

The Wisconsin Economic Development Corporation this fall determined Foxconn was not eligible for tax credits in 2020 for hiring and investments made in 2019. The state's economic development agency also said the Taiwan-based company was not in compliance with the agreement because of changes in plans for the massive complex under construction in southeast Wisconsin near the Illinois border. The company challenged the department’s decision.

In a Nov. 23 letter from Foxconn attorney Robert Berry to Jennifer Campbell, chief legal officer for WEDC, the company lists a number of different objectives regarding an amendment to the agreement.

Foxconn would like the agreement to “lower the taxpayer liability in exchange for a flexible business environment in Wisconsin.”

The company also wants the contract to reflect that Foxconn reacts “to customer demands and market conditions that at times dictate what we manufacture.”

Foxconn also wants “bipartisan support from other governing entities pursuant to an agreement endorsed by both the governor and Foxconn.” And Foxconn wants to sign the agreement “in a timely manner that doesn’t deter (Foxconn’s) immediate opportunities to bring more investment and business to Wisconsin.”

In response to Foxconn’s challenge, WEDC CEO Missy Hughes sent a letter to Foxconn Board Chairman Jay Lee and encouraged the company to share its “investment projections with the WEDC.” Once the department has that information “we will work rapidly to calculate and outline the state’s potential incentive range,” she said.

Berry responded with an email saying he was “confident” the two sides “are on the brink of coming to acceptable terms that will lead to an exciting future for our smart manufacturing park in Mount Pleasant.”

In 2017, the Republican-controlled state Legislature passed a bill signed by then-Gov. Scott Walker that would provide up to $2.85 billion in tax credits over 15 years if Foxconn met certain hiring and capital investment thresholds.

Foxconn has yet to receive any state dollars, while the project in Mount Pleasant already has cost the state nearly $237 million in state and local road improvements, sales and use tax exemptions, grants to local governments and for worker training and employment.