The company said the pandemic "will not have a long-lasting effect" on the global economy. 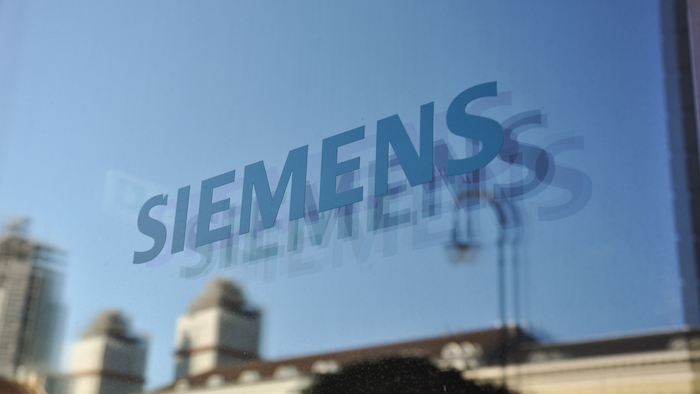 FRANKFURT, Germany (AP) — German industrial equipment and technology maker Siemens AG recorded a 28% increase in net profit to 1.88 billion euros ($2.21 billion) in the most recent quarter, boosted by a gain of 800 million euros from discontinued operations, the Munich-based company said Thursday. It gave an upbeat outlook for 2021, saying the pandemic “will not have a long-lasting effect” on the global economy.

The gain compared with profit of 1.47 billion euros in the July-September quarter last year.

It was the last set of earnings at the 173-year-old company under CEO Joe Kaeser, who is turning over the top post in February to current deputy Roland Busch. Since taking over in 2013, Kaeser has led a restructuring that included spinoffs of stakes in the energy and medical equipment businesses

“The Siemens team delivered a strong finish to a remarkable year,” Kaeser said in a statement.

The company said it foresaw “a moderate increase” in net profit for the group in its 2021 fiscal year.

The quarterly profit rounded off the company’s full fiscal year, which saw an annual profit of 4.2 billion euros even as the COVID-19 pandemic disrupted the global economy. The annual figure declined from 5.7 billion euros in the previous fiscal year; the fiscal 2020 figure was held back by a loss of 100 million euros from discontinued operations compared with a gain of 500 million from such operations in 2019.

Siemens shareholders in July approved the spinoff of a majority stake in its energy business, which includes gas turbines and wind power.

Kaeser has called the move a way to reduce risk and support the company's share price. Siemens' other products include railroad equipment and factory automation.