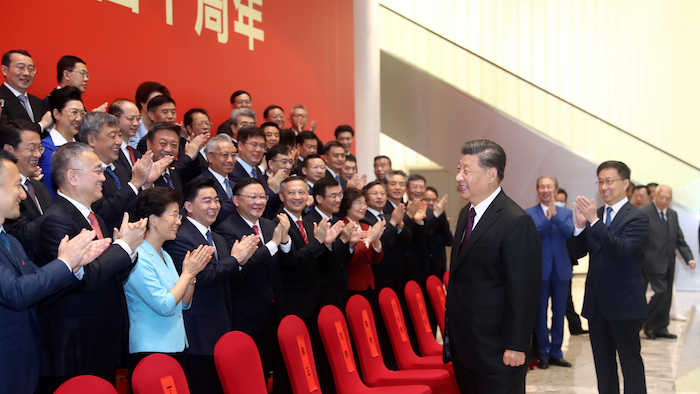 Chinese President Xi Jinping during an event to commemorate the 40th anniversary of the establishment of the Shenzhen Special Economic Zone, Shenzhen, China, Oct. 14, 2020.
Ju Peng/Xinhua via AP

BEIJING (AP) — President Xi Jinping on Wednesday promised new steps to promote development of China's biggest tech center, Shenzhen, amid a feud with Washington that has disrupted access to U.S. technology and is fueling ambitions to create Chinese suppliers.

In a speech marking the 40th anniversary of the former fishing village adjacent to Hong Kong being declared the first area for the ruling Communist Party to allow free enterprise, Xi promised to ease regulations to encourage new industries.

Xi called for “the great rejuvenation of the Chinese nation” and “optimizing and upgrading production,” alluding to ambitions to become a global competitor in fields from telecoms and bio-tech to electric cars and renewable energy.

Companies in Shenzhen including Huawei Technologies Ltd., a maker of smartphones and switching equipment that is China's first global tech brand, play a key role in those plans. That has made them targets of U.S. complaints they might be security threats or erode American industrial dominance. 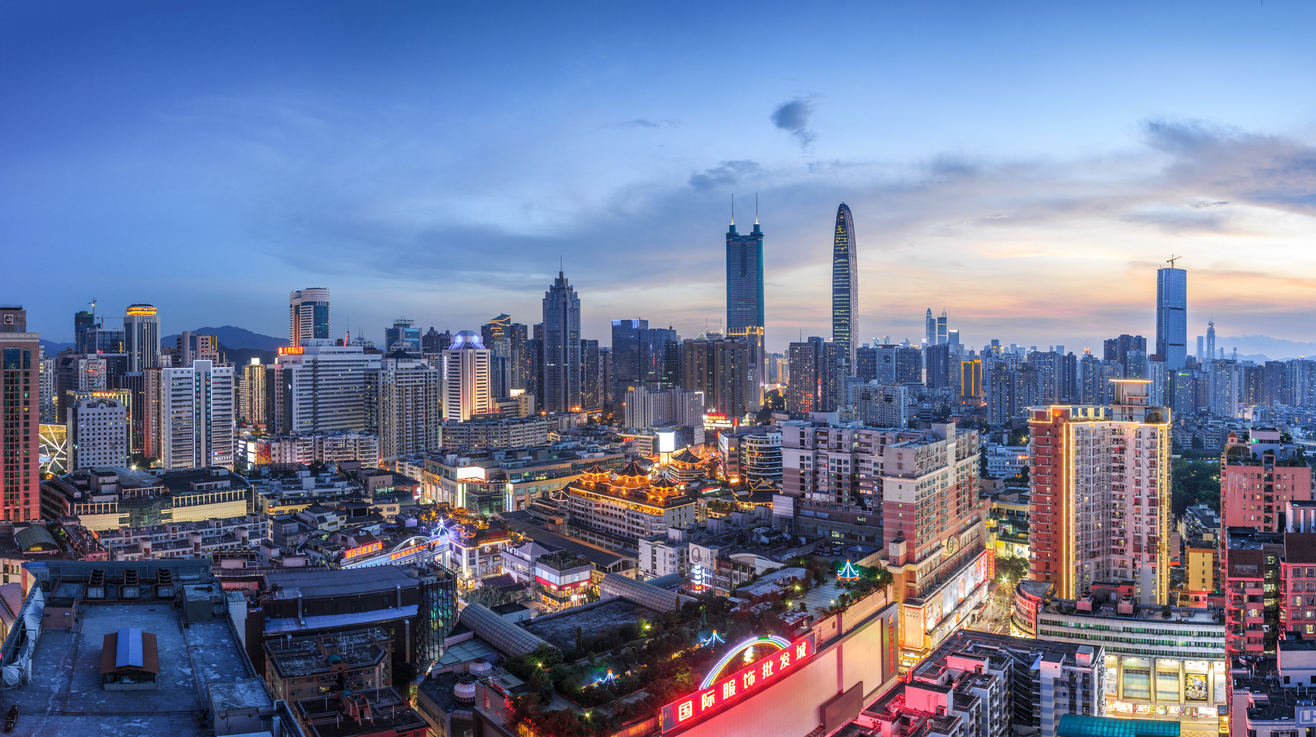 The party leadership is issuing more than 60 policy changes or new guidelines, Xi said in the speech in Shenzhen to an audience of businesspeople and officials. He gave no details but said Shenzhen would have “more autonomy in important areas.”

The audience, all of whom wore masks, included Huawei founder Ren Zhengfei and Zhong Nanshan, a prominent scientist who in January became the first to publicly confirm human-to-human transmission of the coronavirus.

Shenzhen is symbolically important in Chinese politics as part of a 1992 tour by retired supreme leader Deng Xiaoping. He called on the leadership to revive his “reform and opening up” strategy following the political chill that set in after the 1989 crackdown on the Tiananmen Square pro-democracy protests.

China's efforts to create its own tech competitors have added to tensions that prompted President Donald Trump to hike import duties on Chinese goods in 2018.

Washington has blocked Huawei's access to American components and technology. That threatens to cripple its sales of smartphones and switching equipment. Trump issued an order in August that declared WeChat, a popular messaging service operated by another Shenzhen tech giant, Tencent Holding Ltd., a threat to national security.

Economists warn other Chinese technology producers might be disrupted by U.S. curbs on access to American components and services such as Google's Android smartphone operating system.

That has added urgency to the party's work on nurturing Chinese creators of processor chips and other high-tech components, an effort that is focused on Shenzhen and a handful of other tech centers.

Shenzhen grew from a village of 30,000 people in 1980 to about 13 million. Its economic output of 2.7 trillion yuan ($400 billion) last year was larger than that of South Africa, a country of 58 million people.

Shenzhen is cited as the region's economic engine in government plans to integrate and develop cities at the mouth of Guangdong Province's Pearl River. That has stirred unease in Hong Kong that the territory's status as a business hub might erode.

Downtown is a forest of office towers to rival Manhattan or neighboring Hong Kong. The Ping An Finance Center is the world’s fourth-tallest skyscraper at 599 meters (1,965 feet). The city also is home to one of the mainland's two stock exchanges.

Despite its wealth and a population nearly double that of New York City, Shenzhen has the air of a leafy but uneventful business park.

Parking lots of major tech and finance companies are filled with executives' European and Japanese luxury cars late into the night. But parents complain there are too few schools for all the city's children, few parks and too little for families to do.