The lawsuit had claimed that faulty building materials, some made by U.S. manufacturers, turned Grenfell Tower into a “flaming coffin.” 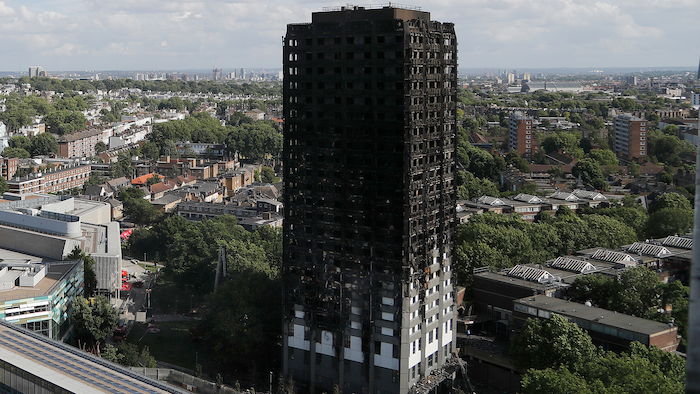 PHILADELPHIA (AP) — A U.S. judge in Philadelphia has dismissed a lawsuit filed over the 2017 fire at London’s Grenfell Tower that killed 72 people, concluding the case should be litigated there.

The lawsuit claimed that faulty building materials, some made by U.S. manufacturers, turned the tower into a “flaming coffin.”

The June 14, 2017, fire started in an apartment refrigerator and raced up the side of the 24-story residential building. Plaintiff’s lawyer Robert Mongeluzzi, who filed the suit, said Thursday that his clients were considering their options, including an appeal of the ruling.

U.S. District Judge Michael Baylson, in Wednesday's ruling, said it would be more efficient to try the case in the United Kingdom, given the ongoing government probe into the cause and the availability of witnesses and potential co-defendants.