HS2 is breaking ground just as the country is questioning the over-budget and often-delayed project. 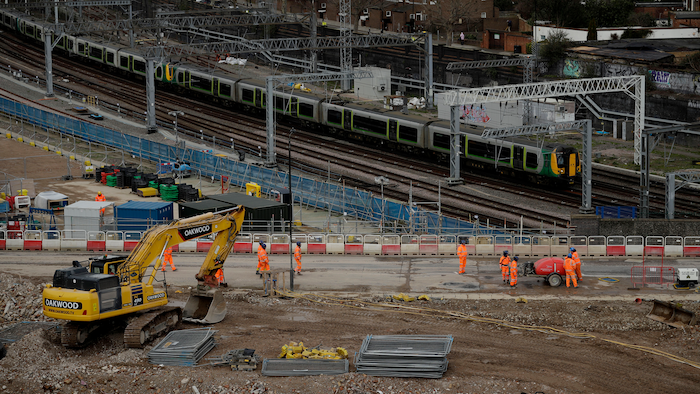 Transport Secretary Grant Shapps defended the HS2 project, which has its “shovels in the ground" moment just as the country is wondering whether the over-budget and often-delayed project offers good value at a time when the the COVID-19 pandemic has enshrined the idea of working from home.

“We’re building this ... for 150 years and still going strong," he told the BBC. “So I think the idea that — unless we work out a way of tele-transporting people — we won’t want a system to get people around the country ... is wrong.”

Rail travel has collapsed amid the pandemic, with commuters padding to their kitchen tables for teleworking rather than getting on a train. In the meantime, all revenue and cost risks from existing rail franchises were transferred to the U.K., Scottish and Welsh governments in March to ensure services stayed afloat — costing taxpayers at least 3.5 billion pounds.

Construction on the new high-speed railway was given the final go-ahead in February, despite the project being chronically over budget. Work will begin with stations and tunnels, followed by the main viaducts and bridges.

“With the start of construction, the reality of high-speed journeys joining up Britain’s biggest cities in the North and Midlands and using that connectivity to help level up the country has just moved a step closer," HS2 Ltd chief executive Mark Thurston said.