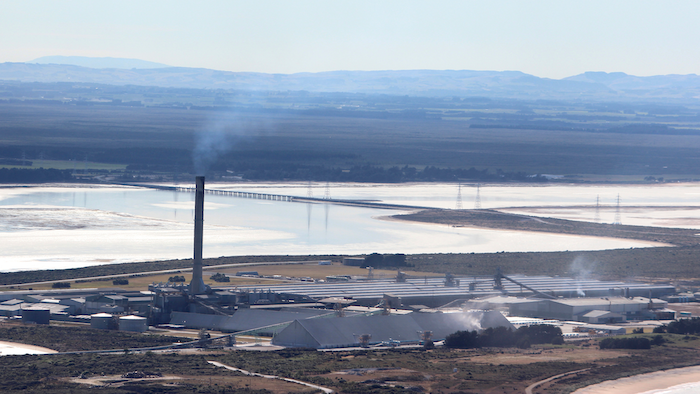 But environmentalists say the closure of the Tiwai Point smelter could help New Zealand's push to become cleaner and greener. The smelter sucks up about 13% of New Zealand's electricity and its closure will mean a greater proportion of the nation's energy needs can be met from renewable sources.

Rio Tinto said it will wind down operations over the coming months and close the plant next August. It said the plant lost $30 million last year and is no longer economically viable due to high energy costs and a challenging outlook for aluminum.

Alf Barrios, the company's aluminum chief executive, said it made the decision after failing to get a power price reduction that could have helped make the smelter viable.

He said the closure will have a “significant impact on employees, the community and our customers” and it will work with the region to mitigate the impacts of the closure.

New Zealand's Finance Minister Grant Robertson said the closure had been a possibility for some time, especially after the government told Rio Tinto back in 2013 that it would stop providing taxpayer subsidies.

“Given the challenging economic situation caused by COVID-19 it is disappointing Rio Tinto has chosen to close the smelter at this time, especially given the support New Zealand has shown the company and how profitable they are globally," Robertson said in a release.

Greenpeace New Zealand's executive director Russel Norman said the closure would release a huge amount of low-carbon and affordable power back onto the nation's electricity grid.

“The Tiwai closure will mean cheaper power for New Zealand households. It also means there is more clean, renewable energy that can be used to power our cars and industries as we move to a zero-carbon economy," Norman said in a release.

“This will cut climate emissions out of the transport and industrial sectors, while simultaneously helping to reduce New Zealand’s current account deficit by cutting the billions of dollars we spend on importing oil for the transport sector," Norman said.

Rio Tinto, which is based in London and Australia, said the smelter employs 1,000 people directly and creates another 1,600 indirect jobs in the region. The New Zealand smelter is a joint venture between Rio Tinto, which owns 79%, and the Sumitomo Chemical Company, which owns 21%.