A new way to arrange carbon atoms could benefit industries that rely on synthetic cutting diamonds. 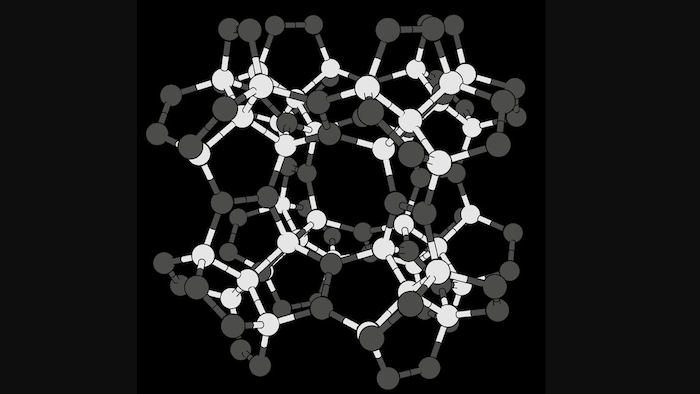 Tsukuba, Japan - Researchers at the University of Tsukuba used computer calculations to design a new carbon-based material even harder than diamond. This structure, dubbed "pentadiamond" by its creators, may be useful for replacing current synthetic diamonds in difficult cutting manufacturing tasks.

Diamonds, which are made entirely of carbon atoms arranged in a dense lattice, are famous for their unmatched hardness among known materials. However, carbon can form many other stable configurations, called allotropes. These include the familiar graphite in pencil lead, as well as nanomaterials such as carbon nanotubes. The mechanical properties, including hardness, of an allotrope depend mostly on the way its atoms bond with each other. In conventional diamonds, each carbon atom forms a covalent bond with four neighbors. Chemists call carbon atoms like this as having sp3 hybridization. In nanotubes and some other materials, each carbon forms three bonds, called sp2 hybridization.

Now, researchers at the University of Tsukuba have explored what would happen if carbon atoms were arranged in a more complex structure with a mixture of sp3 and sp2 hybridization.

"Carbon allotropes with both sp2 and sp3 hybridized atoms have greater morphological diversity due to the huge number of combinations and arrangements in networks," says first author Yasumaru Fujii.

To calculate the most stable atomic configuration, as well as estimate its hardness, the team relied on a computational method called density functional theory (DFT). DFT has been successfully used throughout chemistry and solid-state physics to predict the structure and properties of materials. Keeping track of the quantum states of all of the electrons in a sample, and especially their interactions, is usually an intractable task. Instead, DFT uses an approximation that focuses on the final density of electrons in space orbiting the atoms.

This simplifies the calculation to make it suitable for computers, while still providing very precise results. The scientists found that the Young's modulus, a measure of hardness, of pentadiamond was predicted to be almost 1700 GPa, compared with about 1200 GPa for conventional diamond.

"Not only is pentadiamond harder than conventional diamond, its density is much lower, equal to that of graphite," explains co-author Professor Mina Maruyama. "This work shows the power of designing materials ab initio. In addition to industrial cutting and drilling uses, pentadiamonds might be used in place of diamond anvil cells currently used in scientific research to recreate the extreme pressure inside planets" said senior co-author Professor Susumu Okada.