Siemens Expects Downturn to Bottom Out in Current Quarter

The company saw net profit sag and abandoned its forecast for the year. 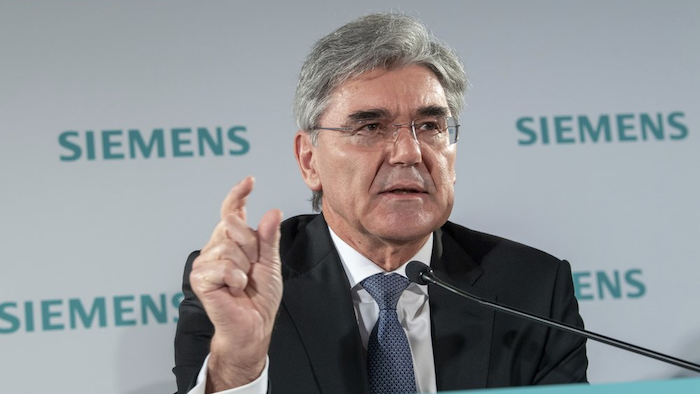 FRANKFURT, Germany (AP) — Siemens AG, maker of trains, power generators and medical scanners, saw net profit sag during the most recent quarter due to the virus outbreak. The company abandoned its business forecast for the year, saying it expected the downturn to bottom out in the current quarter.

Net profit fell to 697 million euros ($755 million) in the first three months of the year, the company's fiscal second quarter, from 1.92 billion euros in the year-earlier quarter. Revenue was down slightly to 14.22 billion euros from 14.24 billion euros.

The maker of big-ticket industrial equipment and infrastructure said it was able to operate production sites and supply chains near normal levels but that the outbreak meant lower demand, income and cash flows and restricted access to customer sites in the affected regions. It said the economic downturn would widen in the current quarter.

The Munich-based Siemens said it expected a moderate decline in revenue for the full fiscal year but could not offer any forecast for earnings per share for the full year.

It said it expected to move ahead with the planned spinoff of its oil and gas business into a new company to be listed on the stock market.