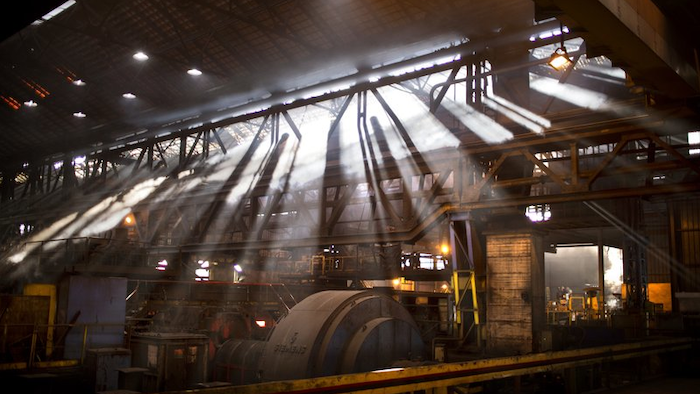 Overall, adding robots to manufacturing reduces jobs — by more than three per robot, in fact. But a new study co-authored by an MIT professor reveals an important pattern: Firms that move quickly to use robots tend to add workers to their payroll, while industry job losses are more concentrated in firms that make this change more slowly.

The study, by MIT economist Daron Acemoglu, examines the introduction of robots to French manufacturing in recent decades, illuminating the business dynamics and labor implications in granular detail.

"When you look at use of robots at the firm level, it is really interesting because there is an additional dimension," says Acemoglu. "We know firms are adopting robots in order to reduce their costs, so it is quite plausible that firms adopting robots early are going to expand at the expense of their competitors whose costs are not going down. And that's exactly what we find."

Indeed, as the study shows, a 20 percentage point increase in robot use in manufacturing from 2010 to 2015 led to a 3.2 percent decline in industry-wide employment. And yet, for firms adopting robots during that timespan, employee hours worked rose by 10.9 percent, and wages rose modestly as well.

A new paper detailing the study, "Competing with Robots: Firm-Level Evidence from France," will appear in the May issue of the American Economic Association: Papers and Proceedings. The authors are Acemoglu, who is an Institute Professor at MIT; Clair Lelarge, a senior research economist at the Banque de France and the Center for Economic Policy Research; and Pascual Restrepo Phd '16, an assistant professor of economics at Boston University.

To conduct the study, the scholars examined 55,390 French manufacturing firms, of which 598 purchased robots during the period from 2010 to 2015. The study uses data provided by France's Ministry of Industry, client data from French robot suppliers, customs data about imported robots, and firm-level financial data concerning sales, employment, and wages, among other things.

"Our paper is unique in that we have an almost comprehensive [view] of robot adoption," Acemoglu says.

The manufacturing industries most heavily adding robots to their production lines in France were pharmaceutical companies, chemicals and plastic manufacturers, food and beverage producers, metal and machinery manufacturers, and automakers.

The industries investing least in robots from 2010 to 2015 included paper and printing, textiles and apparel manufacturing, appliance manufacturers, furniture makers, and minerals companies.

The firms that did add robots to their manufacturing processes became more productive and profitable, and the use of automation lowered their labor share -- the part of their income going to workers -- between roughly 4 and 6 percentage points. However, because their investments in technology fueled more growth and more market share, they added more workers overall.

By contrast, the firms that did not add robots saw no change in the labor share, and for every 10 percentage point increase in robot adoption by their competitors, these firms saw their own employment drop 2.5 percent. Essentially, the firms not investing in technology were losing ground to their competitors.

This dynamic -- job growth at robot-adopting firms, but job losses overall -- fits with another finding Acemoglu and Restrepo made in a separate paper about the effects of robots on employment in the U.S. There, the economists found that each robot added to the work force essentially eliminated 3.3 jobs nationally.

"Looking at the result, you might think [at first] it's the opposite of the U.S. result, where the robot adoption goes hand in hand with destruction of jobs, whereas in France, robot-adopting firms are expanding their employment," Acemoglu says. "But that's only because they're expanding at the expense of their competitors. What we show is that when we add the indirect effect on those competitors, the overall effect is negative and comparable to what we find the in the U.S."

The competitive dynamics the researchers found in France resemble those in another high-profile piece of economics research recently published by MIT professors. In a recent paper, MIT economists David Autor and John Van Reenen, along with three co-authors, published evidence indicating the decline in the labor share in the U.S. as a whole was driven by gains made by "superstar firms," which find ways to lower their labor share and gain market power.

While those elite firms may hire more workers and even pay relatively well as they grow, labor share declines in their industries, overall.

So, while economists have offered many possible explanations for the decline of the labor share generally -- including technology, tax policy, changes in labor market institutions, and more -- Acemoglu suspects technology, and automation specifically, is the prime candidate, certainly in France.

"A big part of the [economic] literature now on technology, globalization, labor market institutions, is turning to the question of what explains the decline in the labor share," Acemoglu says. "Many of those are reasonably interesting hypotheses, but in France it's only the firms that adopt robots -- and they are very large firms -- that are reducing their labor share, and that's what accounts for the entirety of the decline in the labor share in French manufacturing. This really emphasizes that automation, and in particular robots, is a critical part in understanding what's going on."