Albuquerque saw $16,000 worth of copper stolen in February alone. 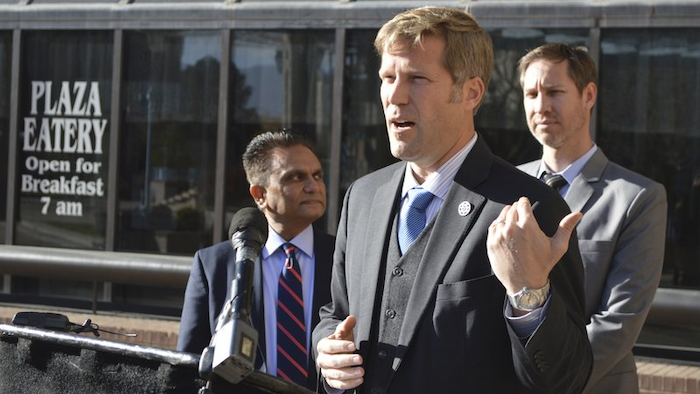 ALBUQUERQUE, N.M. (AP) — Officials in New Mexico’s largest city are warning that copper wiring thefts have put some street lights out of commission, resulting in dangerous conditions for pedestrians and drivers.

In an effort to discourage would-be thieves, the city of Albuquerque is working with a lighting contractor to reinforce poles and switch out copper wiring for less valuable aluminum.

“It's still a major problem in our city,” he said in a public service announcement aimed at getting the public to help report suspected copper thefts.

In February alone, the city saw $16,000 worth of copper stolen, which accounted for more than one-quarter of all maintenance of street lights. Officials say dealing with the theft makes it harder to get to the routine maintenance required to keep street lights running, replace broken bulbs and install new lights.

In two years, the bill for copper thefts has topped $800,000, according to the city.

In addition to rewiring the lights, the city is adding stickers to poles with aluminum wiring to notify would-be thieves that they are wasting their time. In some areas, street light access doors are being welded shut.