The coral-inspired structures are capable of growing dense algae populations. 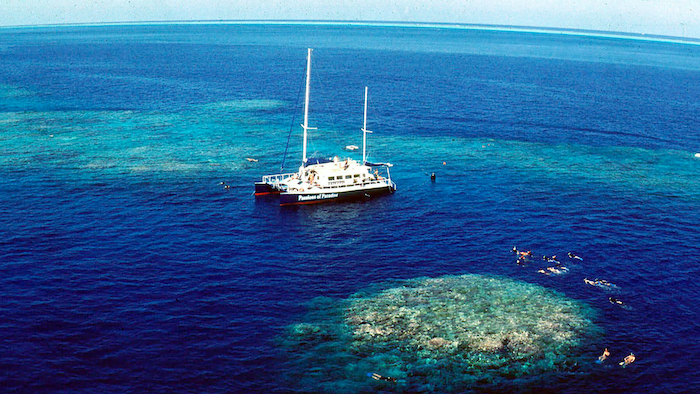 Researchers from Cambridge University and University of California San Diego have 3D printed coral-inspired structures that are capable of growing dense populations of microscopic algae. Their results, reported in the journal Nature Communications, open the door to new bio-inspired materials and their applications for coral conservation.

In the ocean, corals and algae have an intricate symbiotic relationship. The coral provides a host for the algae, while the algae produce sugars to the coral through photosynthesis. This relationship is responsible for one of the most diverse and productive ecosystems on Earth, the coral reef.

"Corals are highly efficient at collecting and using light," said first author Dr Daniel Wangpraseurt, a Marie Curie Fellow from Cambridge's Department of Chemistry. "In our lab, we're looking for methods to copy and mimic these strategies from nature for commercial applications."

Wangpraseurt and his colleagues 3D printed coral structures and used them as incubators for algae growth. They tested various types of microalgae and found growth rates were 100x higher than in standard liquid growth mediums.

To create the intricate structures of natural corals, the researchers used a rapid 3D bioprinting technique originally developed for the bioprinting of artificial liver cells.

The coral-inspired structures were highly efficient at redistributing light, just like natural corals. Only biocompatible materials were used to fabricate the 3D printed bionic corals.

"We developed an artificial coral tissue and skeleton with a combination of polymer gels and hydrogels doped with cellulose nanomaterials to mimic the optical properties of living corals," said Dr Silvia Vignolini, who led the research. "Cellulose is an abundant biopolymer; it is excellent at scattering light and we used it to optimize delivery of light into photosynthetic algae."

"By copying the host microhabitat, we can also use our 3D bioprinted corals as a model system for the coral-algal symbiosis, which is urgently needed to understand the breakdown of the symbiosis during coral reef decline," said Wangpraseurt. "There are many different applications for our new technology. We have recently created a company, called mantaz, that uses coral-inspired light-harvesting approaches to cultivate algae for bioproducts in developing countries. We hope that our technique will be scalable so it can have a real impact on the algal biosector and ultimately reduce greenhouse gas emissions that are responsible for coral reef death."