The blasts blew a hole in the roof and prompted an evacuation. 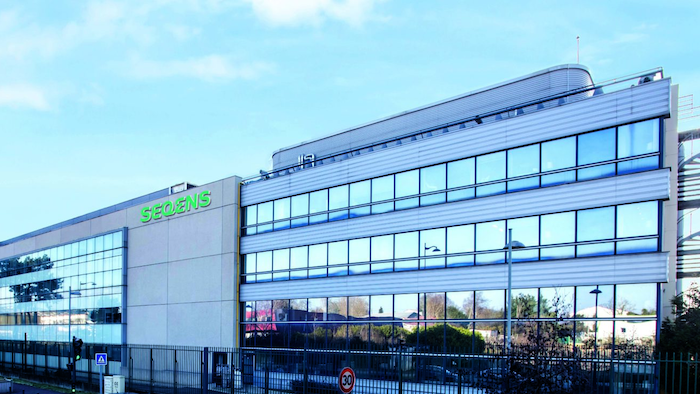 NEWBURYPORT, Mass. (AP) — Several explosions rocked a plant in Massachusetts that manufactures chemicals used in medicines Thursday morning, blowing a hole in the roof and leading to an evacuation but no injuries, authorities said.

Authorities said there is no public health threat resulting from the blasts at the building occupied by Seqens North America, formerly PCI Synthesis, in Newburyport, about 35 miles north of Boston. But the explosions come a year after the Occupational Safety and Health Administration found “serious” violations in the company's management of highly hazardous chemicals, according to online agency records.

The company blamed a mechanical issue for Thursday's blasts.

“At this time, we believe it was a mechanical issue from our steam line, and that there was no fire and that the sprinkler system was not discharged," the company said in a statement late Thursday morning.

There were about 10 workers in the building at the time but no reports of injuries, authorities said. One employee was evaluated by emergency medical services at the scene but declined transportation to the hospital. Three more explosions took place about 15 minutes later, including one that blew a 5-foot-by-8-foot (1.5-meter-by-2.5-meter) hole in the roof, Bradbury said.

OSHA and a hazmat team responded to the scene, and authorities sent a robot into the building to assess the situation, Bradbury said later Thursday. Numerous tests were conducted and it was determined that there was no danger to the community.

The company, located in a 65,000-square-foot (6,000-square-meter) building in an industrial park, said it makes ingredients used in medicines.

“We are working diligently with local authorities to assess the extent of the damage," the company said in a statement. “We follow an extensive set of safety protocols and work closely with authorities and conduct training at our facility with emergency teams.”

After OSHA inspected the company in January 2019, it was assessed more than $86,000 in fines and eventually settled for $50,000, according to the online agency records. The violations were corrected and the case is now considered closed.

Three nearby businesses were also closed as a precaution, Bradbury said.