Electro-Plating Services was shut down in 2016 for mismanagement of industrial waste. 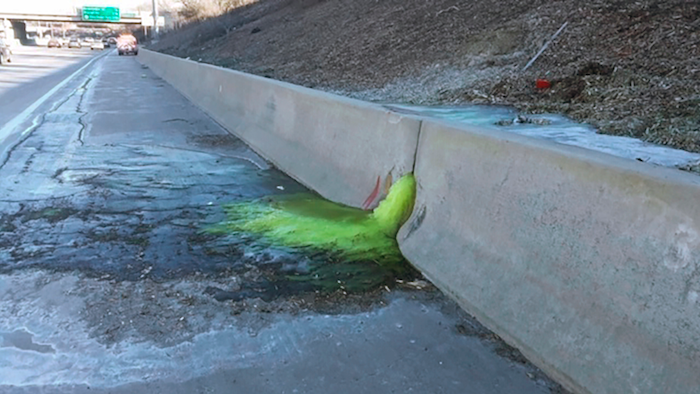 DETROIT (AP) — An industrial site in suburban Detroit from where a bright green goo seeped through a concrete barrier onto an area freeway could be foreclosed due to non-payment of property taxes, the county treasurer said Wednesday.

Five properties tied to Electro-Plating Services Inc. in Madison Heights owe a total of more than $30,000 in taxes, interest and fees from 2017 and 2018, according to the Oakland County Treasurer’s office.

“The infamous ‘green ooze’ site ... has all of us on high-alert,” Treasurer Andy Meisner said in a release. “I am doing everything within my power as treasurer to hold the owners accountable and to prevent this burden from shifting onto the backs of taxpayers.”

Michigan property tax law requires that the state be alerted when a site subject to property tax foreclosure “is believed to be contaminated,” according to Meisner.

Electro-Plating Services was shut down in 2016 for mismanagement of industrial waste. Owner Gary Sayers is serving a year in federal prison for illegally storing hazardous waste.

The leak along the shoulder of I-696 prompted a new investigation that determined high levels of numerous toxins, including hexavalent chromium were in soil and groundwater at the site. Those toxins are associated with cancer, kidney and liver damage.

State officials concluded earlier this year that the site posed no risk to drinking water and there was a low risk for the migration of contaminates off site.

Cleanup has been costly. EGLE district coordinator Tracy Kecskemeti told Michigan lawmakers in January that efforts to contain the leak had cost at least $200,000 over 24 days.