Orders from other countries in the eurozone plummeted nearly 14%. 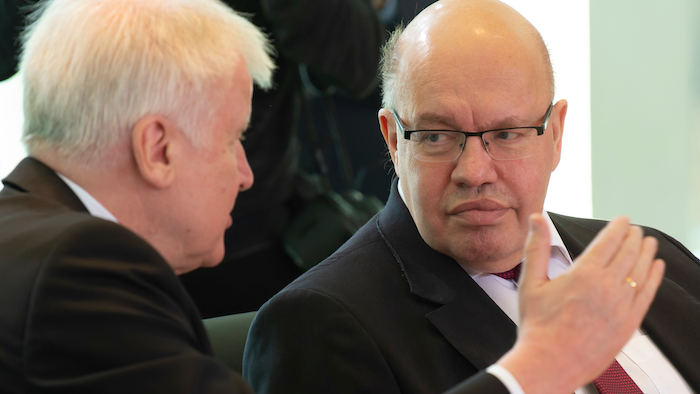 BERLIN (AP) — Factory orders in Germany declined by a hefty 2.1% in December compared with the previous month on a sharp drop in demand from other countries in the eurozone.

The Economy Ministry said Thursday that orders, an important indicator for Europe's biggest economy, were down 0.5% in the fourth quarter compared with the previous three-month period. The drop in December followed a 0.8% decline in November and a slight gain of 0.2% in October.

The ministry said that, excluding bulk orders, the overall decline would have been a more modest 1.3%.

Germany's economy has grown for 10 consecutive years but last year's 0.6% growth was the weakest since 2013. Fourth-quarter figures haven't yet been released, but officials estimated last month that the economy grew slightly compared with the previous quarter.