After years of lagging, economists believe productivity may finally be starting to improve. 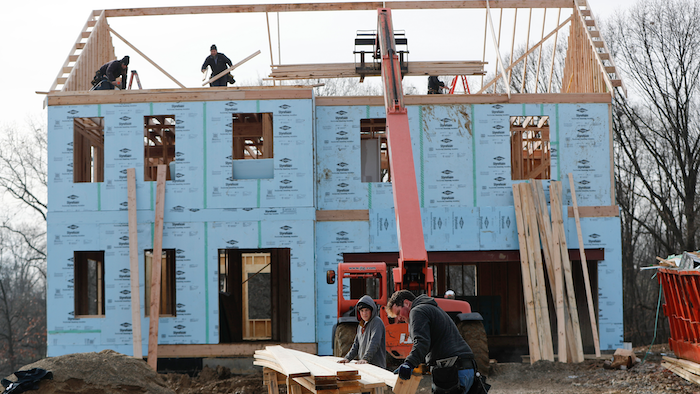 WASHINGTON (AP) — U.S. productivity rebounded in the final three months of last year, helping to boost productivity growth for the year to the best showing in nearly a decade.

The Commerce Department said Thursday that productivity grew at an annual rate of 1.4% in the October-December quarter, reversing the direction of a 0.2% drop during the third quarter.

Productivity, a key factor needed to boost living standards, has been lagging for most of this record-long expansion, now in its 11th year. But economists believe there are some signs at least that productivity may finally be starting to improve.

The 1.7% annual gain in productivity has followed a long stretch of very weak gains which have left productivity growing at average annual rates of just 1.3% since 2007. That compares to gains that were double that at 2.7% from 2000 to 2007 when the country was benefiting from advances in computers and the internet. Since 1947, productivity has averaged annual gains of 2.1%.

Donald Trump has pledged to boost overall economic growth, as measured by the gross domestic product, to double the 2% average during this elongated expansion.

However, he so far has failed to achieve that campaign pledge and in fact, GDP growth last year slowed to 2.3%, the most meager pace in three years. Economists say for Trump to achieve his goal for faster GDP growth, he will need to find ways to increase productivity.

In a separate report Thursday, the Labor Department said that the number of Americans filing new claims for unemployment benefits claims fell by 15,000, to 202,000, the lowest level since last April, when claims hit 193,000. That was the lowest point in five decades.

The government will release the January jobs report on Friday. Economists are expecting it will show a solid gain of around 150,000 jobs with the unemployment rate remaining at a half-century low of 3.5%.