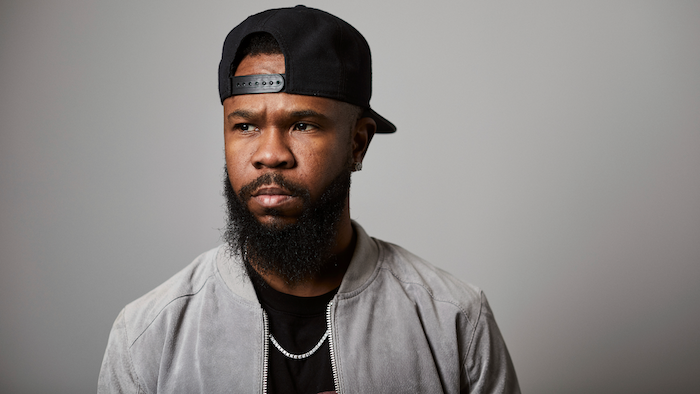 When Grammy award-winning rapper Hakeem “Chamillionaire” Seriki began learning the ropes of venture capitalism in the tech space, he noticed something almost immediately— he wasn’t seeing many people who looked like him.

When he began to fund ventures himself, the heads of startups that were brought to him weren’t diverse, either, and that led him to create pitch competitions specifically geared toward people of color and women. His latest contest features a $100,000 investment from him and fellow rapper E-40.

“The reason why we decided to put the focus on minority and women-funded startups is because this demographic of companies and founders is just underrepresented, they’re under-invested in," he told The Associated Press in a recent interview. "They're just not as appreciated as we would like, so we're trying to do more to create more awareness for these companies and also put our money where our mouth is and invest in one of them.”

Startup companies will submit their pitches on Convoz, a video-based social app started by Chamillionaire that focuses on face-to-face interaction. The applicants will be reviewed by him, E-40, Daymond John of “Shark Tank” and Republic, an SEC-registered investing platform.

Chamillionaire, who co-founded the underground Texas group the Color Changin’ Click with Paul Wall, is best known for his hit “Ridin' Dirty,” but has also made a name for himself in business.

He believes diversity is scarce because limited partners and venture capitalists tend to work with people they are familiar with or those they “see themselves in," Chamillionaire said. The trickle-down effect is that the tech space is almost completely dominated by white males. However, the rapper believes that bringing in people with different backgrounds and life experiences will benefit the entire sector.

"A lot of people are raising money, but a lot of people aren't minorities. A lot of them aren't women,” Chamillionaire said. “We're solving problems, often unique problems, because some of these companies I'm seeing are the regurgitation of problems that already got solved. And then you go into places where people like me grew up and there are people that are seeing the world from a very unique lens and those people aren't getting the capital to go and create those things.”

He advises many celebrities and athletes of color in learning how to properly invest and believes they are now realizing the power their status carries, which results in them eventually founding their own companies, as opposed to collecting a paycheck from one.

“I want to do more to create more awareness so that the people in our communities aren't just thinking that you just got to be a basketball player or a rapper, because that's what I thought,” Chamillionaire said. “Now I feel like there's a lot of ‘cool’ happening with the tech. There are people that are becoming millionaires that are 20-something-years-old when Snapchat IPOs or when this company gets acquired. And I feel like we need to start training people in our community to start thinking like this.”

Although Chamillionaire says he’s encouraged by conferences such as AfroTech – the nation’s largest technology conference for African American techies and entrepreneurs—he says now is the time for inclusion.

“I think there's a systemic problem that I'm not alone going to be able to fix, but I recognize it’s a real thing. So I’m gonna be very vocal about it,” says the venture capitalist.