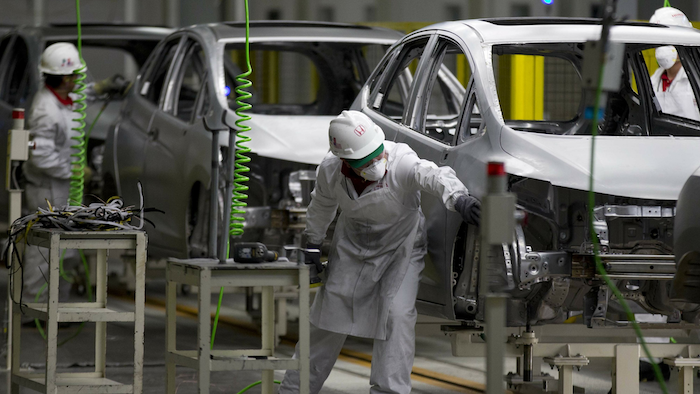 In this Feb. 21, 2014, file photo, employees at work in the new multibillion-dollar Honda car plant in Celaya, in the central Mexican state of Guanajuato.
AP Photo/Eduardo Verdugo, File

Mexico wants the U.S. Congress to approve a new North American trade accord before U.S. elections next year complicate the picture. Democrats are concerned Mexico’s unrepresentative unions have led to low wages that drain manufacturing jobs from the U.S.

López Obrador noted Mexico had passed reforms requiring free and fair union elections in its factories and approved a budget for monitoring. He says some Democrats continue raising concerns about implementation and compliance and requested inspectors.

Mexico countered with an idea of panels that would include representatives of both countries and a third nation to rule on controversies.