Cleveland-Cliffs to Buy AK Steel in $1.1B Deal 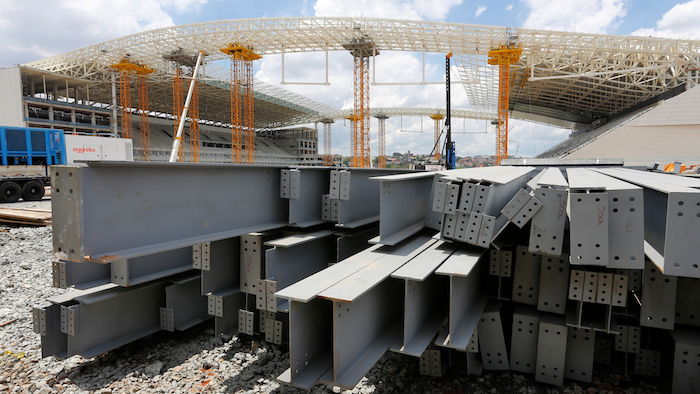 CLEVELAND (AP) — Cleveland-Cliffs will buy AK Steel in a stock deal valued at about $1.1 billion.

Cleveland-Cliffs is the largest producer of iron ore pellets in North America.

After a brief spike in prices, U.S. steel producers have struggled since the Trump administration put a 25% steel tariff into place last year. Domestic demand has slumped as oil and gas drillers pull back on purchases of steel pipe, with prices for natural gas tumbling 45% over the past 12 months.

U.S. Steel in its last quarter reported its first loss since early 2017, and the division that makes pipes for energy companies lost $25 million. It has laid off workers and shut down some of its blast furnaces.

The price for hot rolled steel has slid almost 30% this year, and the stock of steel producers have fallen in tandem.

The steel industry added just 1,800 jobs since February 2018, the month before the tariffs took effect, and it employs 10,000 fewer people than they did five years ago.

AK Steel will become a subsidiary of Cliffs and keep its branding and corporate identity. Cliffs will remain listed on the New York Stock Exchange. Its headquarters will stay in Cleveland, while maintaining a significant presence at AK Steel’s current offices in West Chester, Ohio along with its research and innovation center in Middletown, Ohio.

The deal is expected to close in the first half of next year.

Shares of Cleveland-Cliffs dropped 12% before the market open, while AK Steel’s stock gained 5.2%.