The rules were put in place in the aftermath of a 2013 fertilizer plant explosion that killed 15 people in Texas. 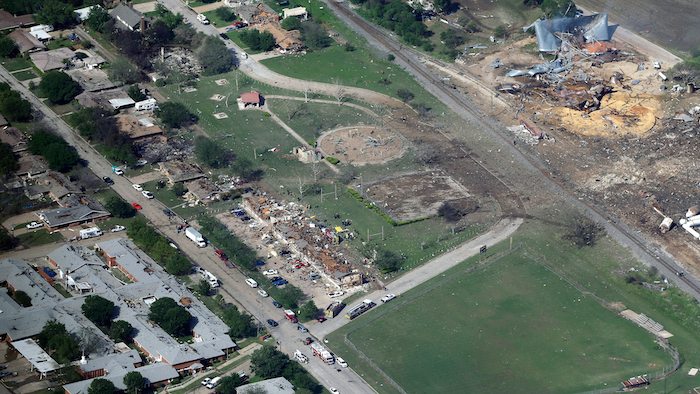 AUSTIN, Texas (AP) — The Trump administration is scaling back chemical plant safety measures that were put in place after a Texas fertilizer plant explosion in 2013 that killed 15 people.

The changes announced Thursday by the Environmental Protection Agency include ending a requirement that plants provide members of the public information about chemical risks upon request.

The Obama era rules followed a fire at the West Fertilizer Co. plant that caused ammonium nitrate to ignite, triggering a massive explosion that ripped open a large crater. Ten firefighters were among those killed.

EPA administrator Andrew Wheeler says the changes do away with “unnecessary administrative burdens.” Chemical manufacturers had pushed for the changes.

Environmental groups criticized the decision as one that would put people living near chemical plants at greater risk.