A statement by the Cabinet’s planning agency called for the government to help manufacturers in autos, electronics and other fields. 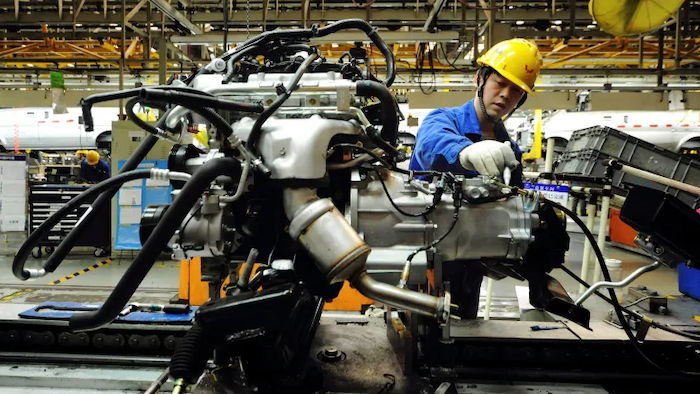 BEIJING (AP) — China issued an outline Friday of policies aimed at promoting high-tech manufacturing after it stopped pushing a strategy that helped trigger a tariff war with Washington.

A statement by the Cabinet’s planning agency called for the government to help manufacturers in autos, electronics and other fields. It gave few details about how to carry that out or whether it will involve diplomatically contentious market barriers or subsidies.

A previous plan, “Made in China 2025,” called for government-led creation of global competitors in robotics, electric cars and other fields. The United States and other trading partners complained that violated Beijing’s market-opening obligations and was based on subsidizing and shielding Chinese companies from competition.

Beijing has resisted U.S. pressure to roll back development plans seen by Communist leaders as a path to prosperity and global influence.

Trump announced an interim agreement last month following talks in Washington and postponed a planned tariff hike on Chinese goods. The two sides are negotiating the details but appear to be disagreeing over Chinese demands for Washington to roll back some punitive tariffs and the size of possible Chinese purchases of soybeans and other farm goods.

Chinese leaders have stopped talking about “Made in China 2025,” though the government never formally renounced the plan.

The report was jointly issued by the ministries of industry, finance and education, the central bank and other government agencies.