Both states say a jointly owned terminal is their best option for expansion. 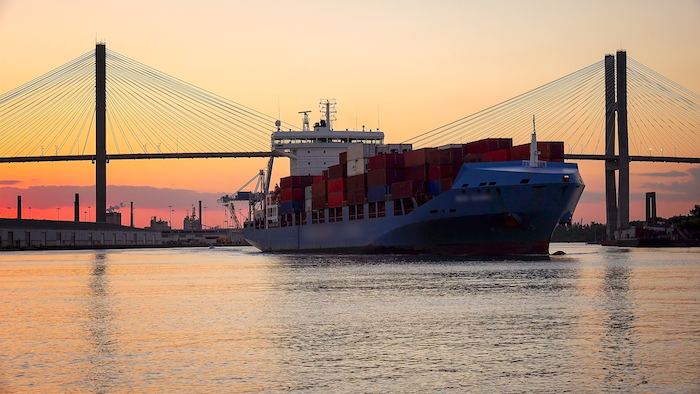 SAVANNAH, Ga. (AP) — Georgia and South Carolina on Tuesday committed an additional $1.29 million toward developing a port terminal on the Savannah River that would be jointly operated by the neighboring states.

Nearly $830,000 of the project's fiscal 2020 budget will pay for a year of work on the detailed environmental studies required to earn a permit from the federal government. Other funding will go toward the design of the actual port terminal in Jasper County, South Carolina. Each state is contributing half of the cost.

The budget agreement is "indicative of the states' commitment to the project," said David Posek, a board member of the South Carolina Ports Authority who serves as chairman of the joint venture.

Georgia and South Carolina operate competing seaports, but they have worked together for more than 12 years to develop a terminal for cargo ships on 1,500 acres (6 sq. kilometers) across the river from Savannah. Both sides say a jointly owned terminal is their best option for expansion once their rival ports in Savannah and Charleston run out of space.

Including the latest budget, the states have spent more than $19 million on the proposed Jasper Ocean Terminal. But that's only a fraction of the project's total cost, which consultants have estimated could reach $5 billion.

Developing the terminal's first phase alone is expected to take more than a decade. The first cargo ships aren't expected to arrive until 2035.