Tariffs Could Cause Bible Shortage

Millions of Bibles — some estimates put it at 150 million or more — are printed in China each year. 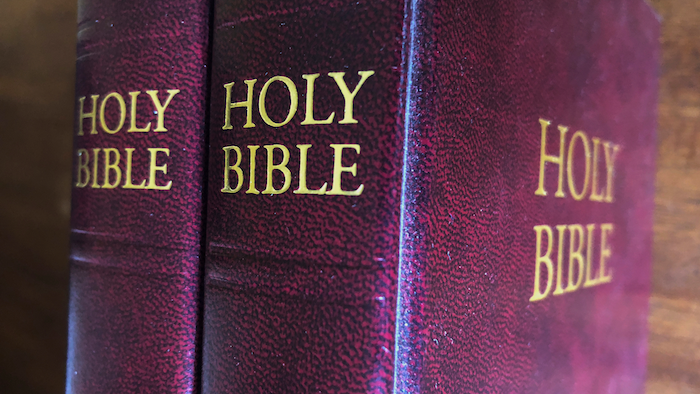 That's because millions of Bibles — some estimates put it at 150 million or more — are printed in China each year. Critics of a proposed tariff say it would make the Bible more expensive for consumers and hurt the evangelism efforts of Christian organizations that give away Bibles as part of their ministry.

HarperCollins Christian Publishing President and CEO Mark Schoenwald recently told the U.S. Trade Representative that the company believes the Trump administration "never intended to impose a 'Bible Tax' on consumers and religious organizations," according to a transcript of his remarks provided by the publisher.

The two largest Bible publishers in the United States, Zondervan and Thomas Nelson, are owned by HarperCollins, and they incur close to 75% of their Bible manufacturing expenses in China, Schoenwald said. Together, they command 38% of the American Bible market, he said.

The full size of that market is difficult to gauge. A spokeswoman at HarperCollins said they believe around 20 million Bibles are sold in the U.S. each year.

The NDP group, which includes NPD BookScan and PubTrack Digital, captured 5.7 million print Bible sales in the U.S. in 2018. But that figure doesn't capture all sales, including the large number of Bibles sold by publishers directly to congregations.

Regardless, it's clear the Bible is the top-selling book in the U.S. By comparison, the next best seller in 2018 was Michelle Obama's "Becoming," which BookScan estimates sold 3.5 million copies.

The proposed 25% tariff would apply to all books, but critics say it would disproportionately affect Bibles and children's books. Both tend to have specialized printing requirements that Chinese printers are set up to meet while many domestic printers are not.

Stan Jantz, president and CEO of the Evangelical Christian Publishers Association, said in a phone interview that over half of worldwide Bible production takes place in China. The tariff would hurt organizations that give away Bibles and also make it difficult for publishers to sell the Bible at a price people can afford, he said.

"Traditionally, historically books have been excluded from tariffs," Jantz added.

Biblica, the International Bible Society, is a charitable religious organization that gives away Bibles to people in 55 countries. China represents 72% of the group's investment in Bible publishing, according to Biblica President and CEO Geof Morin.

A Bible tariff would "dramatically affect the number of Bibles we are able to print and give away, impacting the religious freedom of individuals in countries where Bible access is limited and often nonexistent," Morin said in testimony to the Trade Representative, according to a transcript he provided.

The critics also argue that a tariff on books would not advance the purported goals of the tariff, to stop the Chinese from acquiring American technology, trade secrets and intellectual property.

"The printing of books does not require significant technology or know-how that is at risk of theft or appropriation by China," Tyndale House CEO Mark Taylor said in written comments on the tariffs.

For now, the publishers and other Bible distributors must simply wait to see if their pleas will be answered.

Trump and President Xi Jinping of China agreed at a recent meeting of the Group of 20 major economies to resume trade negotiations, a decision that puts all the proposed tariffs on hold. Forecasters warned, however, the two sides still face the same differences that caused talks to break down in earlier this year.