Authorities evacuated homes and closed roads around the Indorama Ventures plant in San Roque, near Gibraltar. 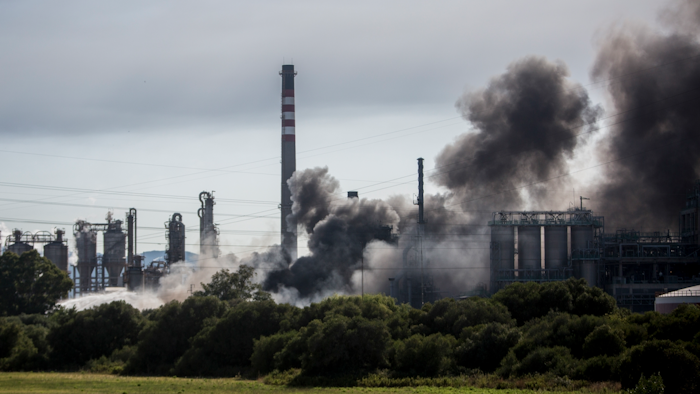 A plume of smoke rises during a fire at the Indorama Ventures petrochemical plant in San Roque, Spain, Tuesday, June 25, 2019.
AP Photo/Javier Fergo

A fire at a petrochemical plant in southern Spain has sent a massive plume of black smoke into the air near Gibraltar.

The blaze broke out Tuesday at an industrial zone near Algeciras.

The Andalusian emergency service said on Twitter that the plant owner, Indorama Ventures, says there have been no injuries arising from the fire.

Authorities have evacuated nearby homes and closed roads around the plant, which is located 650 kilometers (400 miles) south of Madrid on the Strait of Gibraltar.

The Gibraltar government said in a tweet that it does not know the chemical composition of the smoke and is recommending that people stay indoors with their windows closed as a precaution.