Prime Minister Justin Trudeau said a science-based review will determine which products would apply under the ban, which could be implemented as early as 2021. 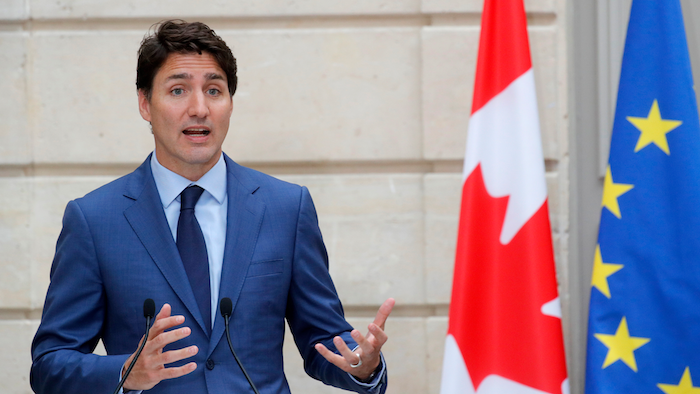 Trudeau says a science-based review will determine which products to ban. The government is considering items such as water bottles, plastic bags and straws.

Trudeau said Monday his government is looking at what the European Union did and drawing inspiration from its model.

The European Parliament overwhelmingly voted in March to impose a wide-ranging ban on single-use plastics to counter pollution from discarded items that end up in waterways and fields. EU member states have given their support, but need to vote on the measure for it to go into effect.