France's finance minister hopes General Electric will change its plans to cut more than 1,000 jobs in the country. 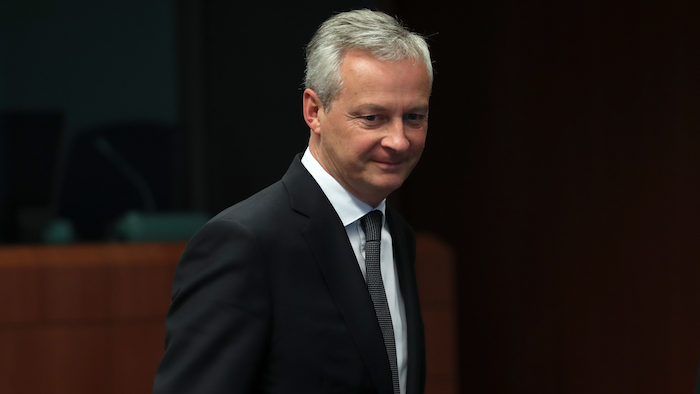 France's finance minister is asking U.S. company General Electric to change its plans to cut more than 1,000 jobs in France.

Bruno Le Maire said Wednesday he will talk to GE's CEO, Larry Culp, by phone on Thursday. He committed to "stand by the employees' side."

GE on Tuesday announced plans to cut jobs in France, mostly in its plant in the eastern city of Belfort, which currently employs more than 4,000 people.

The industrial conglomerate said its strategy to cut costs will mostly focus on its gas power business.

Earlier this year, the French government decided to fine GE 50 million euros ($56 million) after the company didn't create the jobs it had promised when it announced the purchase of part of French rival Alstom in 2014.