Helmets Could Perform Better in the Lab than in Practice

Did some football helmet manufacturers design models with the purpose of testing well rather than performing properly on the field? 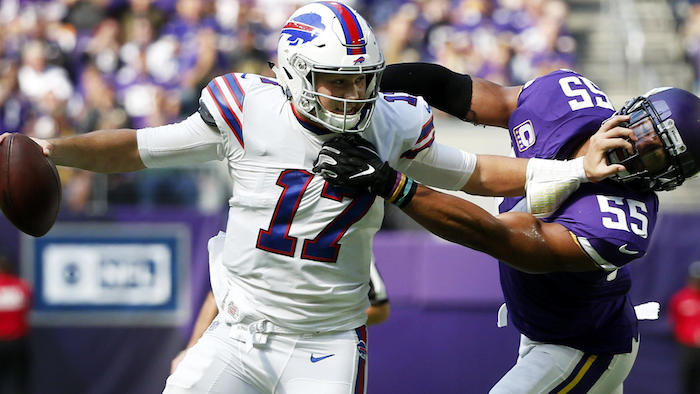 Did some helmet manufacturers design models with the purpose of testing well rather than performing properly on the field?

Possibly, but the lab testing by the biomechanical engineers appointed by the league and its players' union accounted for such a practice in the rankings for the annual helmets poster that is displayed at every team facility.

In the study, rotational velocity and acceleration are measured to evaluate helmets to determine which best reduced head impact severity. The poster was released last month and showed six of 11 helmets tested this year moved into the top-10 rated models.

An important question was whether some helmets were constructed simply to get high marks in the extensive testing that took place for nearly four months.

"I think that happens," says Thad Ide, Riddell's senior vice president of research and product development. "The NFL addressed it in its poster by graying out some areas. A lot of models no players are wearing and some of those may have been developed for the test, sort of a placeholder on the poster."

Grant Goulet, vice president of product innovation at Xenith LLC, says he is encouraged by the work put into this test.

"It is scientifically rigorous," he said. "However, it could also be something of a cautionary tale that more helmets got into that green group (at the top of the rankings). I think there could be a propensity to be engineering helmets for these tests and metrics and that could be what is bumping them up into this green group.

"What is important to emphasize is more of a holistic approach to designing the best gear for the athlete on the field."

The NFL and players' union believe the top manufacturers not only are doing so, but are rapidly making improvements and innovations for safety, comfort and appearance. And, yes, the theory that some new models are being designed simply to get high test ratings has been addressed.

"We have heard that discussed that there may be an effort by some to build to the test," says Jeff Miller, the league's executive vice president of health and safety initiatives. "We think that better performing helmets certainly are a positive. We are seeing due to the testing and engineering road map that there are better and more protective helmets being produced, and the players are wearing them on the field. We're trying to educate the players, equipment managers, athletic trainers, everyone, with the poster and the supportive material for it."

Jeffrey Crandall, the league's consultant to the independent testing, explains that the poster shading was done to ensure players could make informed choices on helmet safety, comfort and appearance.

"Many things go into the helmet, with safety the primary factor," Crandall says. "If a player is going to switch models during camp, for example, or try a different helmet during the season, if they look at what others are using, maybe they can learn from it."

He adds that in the past year more than 50 percent of the players upgraded their helmets.

" If we get to players, equipment managers and athletic trainers, they all look at the poster and we go through all the aspects: Changes in helmets, how some models are similar to ones players were wearing that were prohibited or in the yellow (ranking)," he said.

"We go through every helmet players will use in a year and might be able to tell them, 'Here is a helmet that tested better and has the attributes you might be looking for.' There is not a helmet that has not been looked at (thoroughly)."