The electronics giant said remains committed to its hiring goal in Wisconsin after Gov. Tony Evers called it unrealistic. 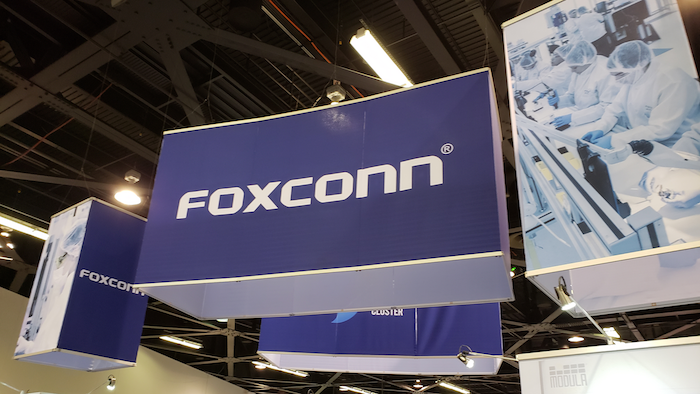 Foxconn Technology Group said Thursday it remains committed to "long term" job creation in Wisconsin, after Gov. Tony Evers said it was unrealistic to expect the company to employ 13,000 people as promised.

Evers also raised the possibility of renegotiating Foxconn's contract for a planned factory and development in southeast Wisconsin. The contract may need to be scaled back because Taiwan-based Foxconn has said it will build a smaller plant than originally envisioned, Ever said Wednesday.

The original contract would give Foxconn about $4 billion in state and local tax credits if it invests $10 billion and employs 13,000 workers over 15 years. Evers was critical of the deal, the largest government incentive package in U.S. history to a foreign company.

Foxconn is the world's largest electronics provider, with Apple, Google and Amazon among its customers.

Also on Thursday, Republican Wisconsin Assembly Speaker Robin Vos pushed back against the Democratic governor, saying Evers was undermining the project and that any changes to the contract would be rejected by the Wisconsin Economic Development Corporation.

The original contract was negotiated by Evers' Republican predecessor, Gov. Scott Walker, along with the head of the economic development group whom Walker appointed.

Vos, whose legislative district includes the site of the Foxconn project, said in an interview on WISN-AM that renegotiating the deal would only make it worse for the state.

"Why would we ever want that?" Vos said. "Either fewer jobs or fewer investments. It is beyond my level of understanding to think that a governor of Wisconsin is basically rooting for the failure of the largest economic development in our state's history."

Vos said Foxconn officials have assured him that the company will eventually employ 13,000 people, even though experts have said it's more likely that only a couple of thousand would be hired. Foxconn plans to make liquid crystal display screens for small electronic goods, such as cellphones, televisions, tablets and other devices.

Foxconn, meanwhile, said in a statement that it remains committed to the deal, while being "open to further consultation, collaboration, and new ideas." Foxconn mentioned its other planned projects in the state, including innovation centers in Green Bay, Eau Claire and Racine, and a $100 million partnership with the University of Wisconsin-Madison for medical and other research.

"Foxconn's commitment to job creation in Wisconsin remains long term and will span over the length of the (state) contract and beyond," the company said.

Vos and many other Republican lawmakers have spoken out against Evers since he told reporters on Wednesday that the contract may be renegotiated. Vos said Evers and Democrats running for president are "rooting for this project's failure so they can somehow blame Donald Trump."

Trump was involved in landing the deal, announced it at the White House and traveled to Wisconsin last summer for the groundbreaking. He has heralded it as a sign of a manufacturing resurgence in the United States.

The Corps suspended the permit on a technicality but could review other aspects.
Nov 17th, 2020
Follow Us
Most Recent