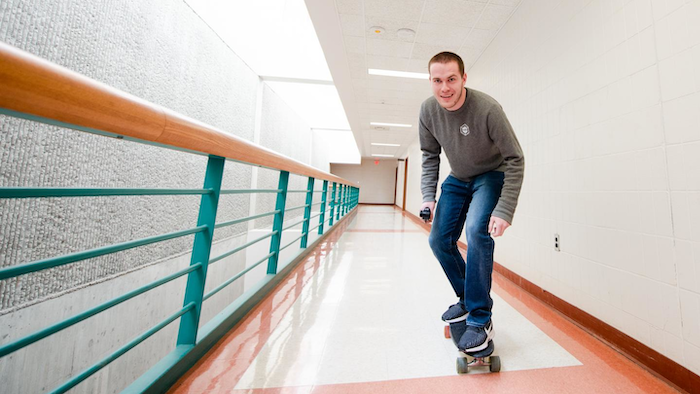 Engineers from Michigan Technological University teamed with re:3D, a Texas additive manufacturing company that developed the open-source FPF printer Gigabot X, to print a skateboard, kayak paddle and snowshoes — outdoor gear that is ordinarily hard to 3D-print due to its complexity and durability requirements.

A previous collaboration between the university and company found that the Gigabot X could utilize a wide range of plastics picked out of the waste stream. And, Michigan Tech officials added, because the printer essentially prints directly from shredded plastic fragments, the finished product isn’t weakened by an unnecessary, additional melt cycle.

Researchers also said the FPF process is more cost-effective than conventional manufacturing. The most complicated part produced as part of the study, the kayak paddle, nonetheless cost about the same as a lower-cost paddle from a store shelf. The skateboard and snowshoes, meanwhile, were relatively easy to print and cheaper than their commercially manufactured counterparts.

Although the Gigabot X is likely too bulky and pricey for the household 3D printing enthusiast — it costs about $18,500 — researchers said the printer could be used by workspaces, schools and even public libraries to generate additional revenue.

Even if only operated once per day, the printer could ultimately produce millions in sporting goods gear, entirely from inexpensive feedstock, over its lifetime.

“Essentially, if you’re using it more than once a week, then you’re making money, easily,” Michigan Tech engineer Joshua Pearce said in the release.

The study was published in the journal Additive Manufacturing.