Remington will appeal after the Connecticut Supreme Court ruled it could be sued over the weapon used in the 2012 shooting at Sandy Hook Elementary School. 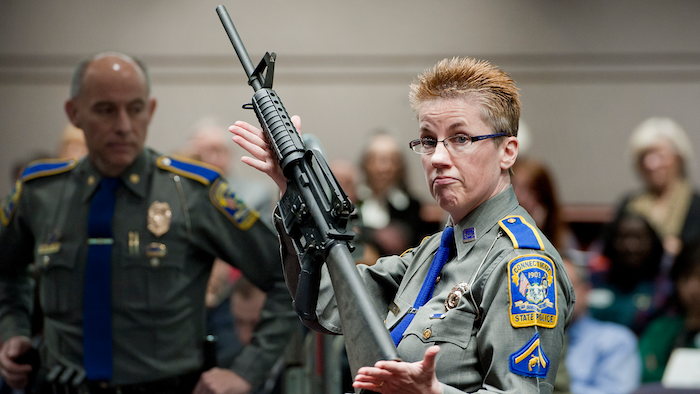 Facing a newly revived wrongful death lawsuit in Connecticut over the Sandy Hook Elementary School shooting, gun-maker Remington is going to the U.S. Supreme Court to argue it can't be sued because of a much-debated federal law that shields firearms manufacturers from liability in most cases.

The Connecticut Supreme Court issued a 4-3 ruling last month saying the Madison, North Carolina-based company can be sued under state law for how it marketed the Bushmaster AR-15-style rifle used to kill 20 first-graders and six educators at the Newtown school in 2012. The decision reinstated part of a lawsuit by some of the victims' families that had been completely dismissed by a lower court judge.

The case is being watched by gun control advocates, gun rights supporters and gun manufacturers across the country, as it has the potential to provide a roadmap for victims of other mass shootings to circumvent the federal law and sue firearm makers. The federal Protection of Lawful Commerce in Arms Act has been criticized by gun control advocates as being too favorable to gun-makers since it took effect in 2005, and it has been used to bar lawsuits over other mass killings.

Remington's lawyers have notified the Connecticut high court that they intend to ask the nation's highest court to hear the company's appeal of last month's decision, according to a motion filed with the state court Friday. The company has until June to file papers with the U.S. Supreme Court.

Lawyers for Remington, Scott Harrington and James Vogts, wrote in the recent motion that the Connecticut high court "recognized that guidance from the Supreme Court is needed by acknowledging that congressional intent to protect firearm manufacturers from litigation is not clear, and it is 'possible that Congress intended to broadly immunize firearm sellers from liability' for the conduct that Plaintiffs have alleged."

In the majority opinion, Associate Justice Richard Palmer wrote that Remington can be sued under one of the few exceptions to the 2005 federal law — for claims alleging violations of laws related to the sale and marketing of firearms.

Remington is being sued by a survivor and relatives of nine victims of the Sandy Hook shooting. The plaintiffs' lawyer, Joshua Koskoff, has accused the company of targeting younger, at-risk males through "militaristic marketing and astute product placement in violent first-person shooter games."

Koskoff said Tuesday that the case "is a matter of law for the state of Connecticut."

"As Connecticut's Supreme Court said, its decision to revive the case stemmed from 'the traditional authority of our legislature and our courts to protect the people of Connecticut from the pernicious practices alleged in the present case,'" Koskoff said in a statement.

Democratic U.S. Sen. Richard Blumenthal, of Connecticut, and others watching the case have said the ruling reminded them of early court victories against tobacco companies that led them to disclose damaging internal documents and later agree to billions of dollars in legal settlements over sickened smokers.

Lanza killed his mother, Nancy, at their Newtown home before going to the school, where he killed himself as police arrived. 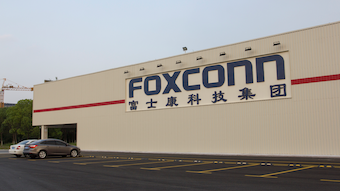 The contract electronics manufacturer has continually scaled back its plans for the site.
Apr 19th, 2021