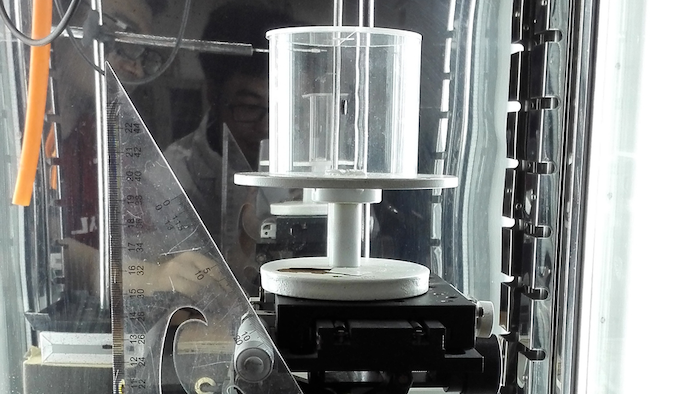 A newly discovered property of spider silk could make the strong, stretchy material helpful in a variety of advanced robotics applications, according to a newly released analysis.

Engineers from the Massachusetts Institute of Technology wrote in the journal Science Advances that they sought to evaluate how the silk responded to humidity by affixing a small weight to it and suspending the thread in chamber.

To their surprise, as the chamber reached about 70 percent relative humidity, the silk fibers suddenly contracted and twisted in the same direction.

Researchers speculated that the mechanism could help spiderwebs withstand morning dew in their natural environments, but in the lab setting, the research appears to have identified a natural fiber that can twist and untwist itself based on an easily controlled variable.

The property could be particularly useful for artificial muscles or actuators — even at the nanoscale.

In addition, the MIT-led team used lab experiments and computer models to show how a protein building block known as proline folded to create the response — a discovery that could potentially be replicated in a synthetic material.

Numerous efforts to generate synthetic spider silk are underway, the researchers noted, due to its extraordinary strength-to-weight ratio and potential applications across numerous industries.