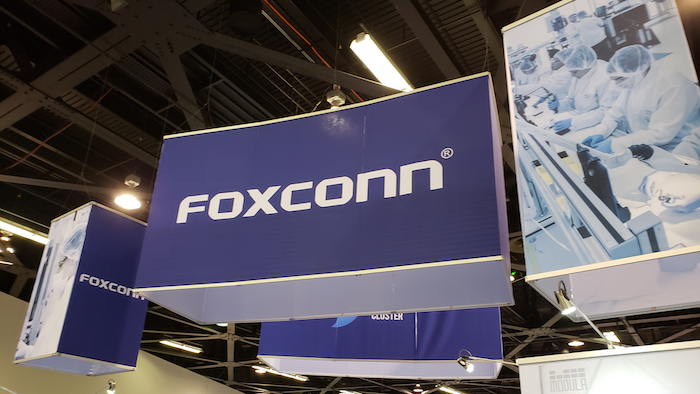 Illinois congressional Democrats have asked Wisconsin's new Democratic governor to re-evaluate the environmental impact of a sprawling plant that Foxconn Technology Group plans to build near the states' border, saying they are concerned it could exacerbate flooding in Chicago's northern suburbs.

Sens. Dick Durbin and Tammy Duckworth along with Reps. Brad Schneider and Lauren Underwood sent Gov. Tony Evers a letter on Friday saying stormwater run-off from the plant would drain into the Des Plaines River watershed and could worsen flooding in Illinois' Lake County, which covers the northeastern corner of Illinois and is just north of Cook County, which includes Chicago.

The Lake County Board, the county's Stormwater Management Commission and several Lake County towns have passed resolutions disapproving of the project, the Illinois lawmakers wrote, noting that the Illinois state Senate also adopted a resolution urging Wisconsin officials to reconsider the project's environmental and health impacts.

"We ask that you submit forthcoming construction plans to stringent environmental review," they wrote. "Economic development is a top priority in our region, and it does not have to come at the cost of environmental degradation."

Foxconn plans to build a flat-screen manufacturing campus in Mount Pleasant, which is in Racine County, Wisconsin, about 70 miles north of Chicago. The Taiwanese electronics giant has said the facility eventually could employ up to 13,000 people.

Local officials and Republican state lawmakers — led by then-Gov. Scott Walker — extended the company an unprecedented $4 billion in incentives to lure the plant to Wisconsin.

The package exempted Foxconn from a host of environmental regulations, allowing to the company to fill wetlands without a permit and to proceed without an environmental impact statement, which is a typically routine study of a construction project's potential effects on the environment.

The state Department of Natural Resources also approved the city of Racine's request on behalf of Mount Pleasant to draw 7 million gallons (26.5 million liters) of water per day from Lake Michigan to serve the plant.

Wisconsin DNR documents also show that emissions from the plant would increase smog in Racine County. Former Illinois Attorney General Lisa Madigan filed a lawsuit last year along with conservation groups and the city of Chicago challenging a federal rule that found a number of areas across the country, including Racine County, to be in compliance with air quality standards for smog. Madigan argued that the rule would allow Foxconn to avoid stricter emissions standards, which could harm Chicago residents. That lawsuit is pending in federal court in Washington.

Evers, a Democrat, narrowly defeated Walker in November's elections. He said earlier this month he has directed the DNR to review Foxconn's air permits, which the Illinois Democrats called "heartening" in their letter.

Foxconn has come under intense scrutiny in recent weeks after the company said it planned to scale back and possibly shelve its plans to build display screens in Wisconsin. The company shifted again two days later and reaffirmed that it does plan to make such screens at the plant.

"We have been skeptical of this development from the beginning and Foxconn backpedaling from its initial offer has only deepened our concerns," the Illinois Democrats wrote in their letter.

A look at the history of counterfeiting and new measures being taken to target the $250 billion that industrial businesses lose annually to these illegal activities.
Oct 9th, 2020
Follow Us
Most Recent