The Boring Company reportedly intends to focus on a second tunnel to Dodger Stadium. 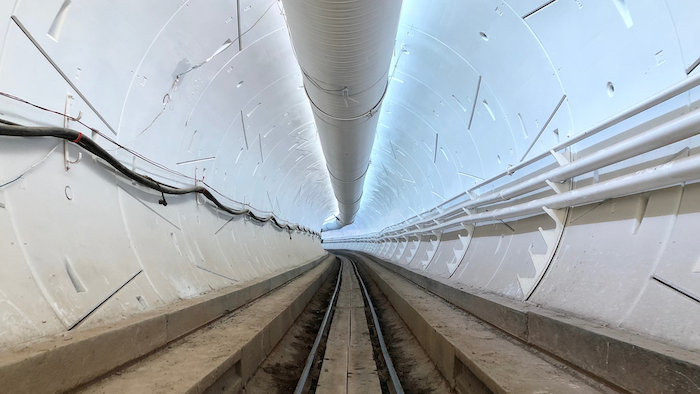 An ambitious plan to build two ultra-high-speed transit tunnels beneath Los Angeles has been whittled to a single tunnel following a lawsuit over one of the routes.

The Boring Company, founded by Tesla and SpaceX CEO Elon Musk, announced Tuesday that it “amicably settled” the matter. Although terms of the settlement were not disclosed, the Los Angeles Times reports that the company would abandon plans for a tunnel on the city’s west side.

Musk had originally planned for two routes — in a city long known for its traffic congestion — to eventually support a Loop or Hyperloop system, which would propel passenger pods through tunnels.

Residential groups in west-side neighborhoods, however, filed a lawsuit earlier this year arguing that city officials erred in exempting the project from an environmental review. The groups alleged the initial tunnel would, in fact, be part of a much larger tunnel network — pointing to concepts floated by Musk himself — and said California law prohibits “piecemeal” approval of such projects.

The company reportedly plans to continue moving ahead with a tunnel route to the east, between a subway line and Dodger Stadium. Musk said earlier this month that a shorter testing tunnel in Hawthorne, Calif., is scheduled to open in December.