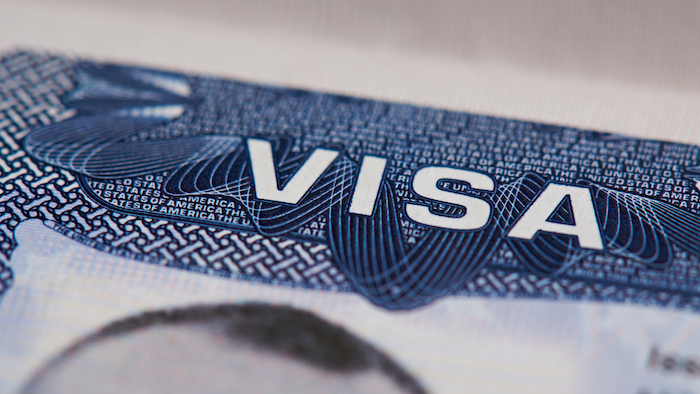 Much of the current debate over immigration is about what kind of impact immigrants have on jobs and wages for workers born in the United States.

Seldom does anyone talk about how immigration leads to a wider variety of better products for the American consumer. We recently conducted a study to shine more light on the matter.

We are economists with a keen interest in growth and innovation and how immigration affects the economy.

What we found is that the more companies hire certain highly skilled and mostly college-educated foreign workers, the more those businesses create new products. In fact, we found that hiring high-skill immigrants has a stronger association with innovation than spending money on research and development.

In other words, more highly educated immigrant workers means more and better products – such as more efficient laptops, TVs and other electronics – on the American marketplace.

The creation of newer, better products

We discovered this by taking a closer look at “product reallocation.”

Economists have long regarded product reallocation as a primary indicator of how innovation affects economic growth. Product reallocation is simply the entry of newer products and exit of older products. For instance, innovation will lead to incremental changes to electronic products like laptops and TVs, which will make them more efficient. When these changes are made, a new model of the product is introduced in the market, and the older, obsolete model is phased out. The Austrian economist Joseph Schumpeter referred to this type of innovation as “creative destruction.”

Creative destruction, like other forms of innovation, drives companies to grow and increases the productivity of the economy as a whole. In addition, other work has shown that immigration is also strongly associated with patenting.

While patenting is a useful measure of innovation, it captures a very specific type of innovation. This is because some industries are more likely to get their innovations patented than others, depending on changes that may take place as a result of court rulings, new policies and the tax code. Consequently, many important innovations never get patented, and many things that get patented rarely get used.

The advantage of product reallocation – our measure of innovation – is that it captures incremental innovations that are usually not patented and thereby missed by previous research on the impact of immigration.

The connection between migration and production

There happens to be a good way to figure out which firms are hiring high-skill foreign workers.

To hire such a worker, companies must file a labor certification application to obtain an H-1B visa for the employee. H-1B visas allow U.S. companies to temporarily hire foreign workers in jobs that require the “theoretical and practical application of a body of highly specialized knowledge and a bachelor’s degree or higher in the specific specialty, or its equivalent,” according to the federal agency that oversees the program.

We obtained data on all labor certification applications for every company that filed at least one from 2001 to 2015. This data shows the employer name and location, details about the work start and end dates, the occupation and job title.

We combined this dataset with product details by looking at barcodes generated from point-of-sale systems, like the cash registers or payment terminals, from about 35,000 stores across the country. The first few digits of a barcode on products actually identify which company produced these products. This allows us to create measures of product entry and exit – that is, reallocation – at the company level.

Our research looks at level of innovation, or reallocation rates, by four different types of business: those that hire H-1B workers, those that don’t, those that spend a lot on research and development and those that have different combinations of both.

If anything is clear from our study, it is that companies that hire more H-1B workers, regardless of how much they spend on research and development, have higher rates of product reallocation.

In short, H-1B hiring seems to have a stronger association with reallocation rates than research and development, often seen as a wellspring for innovation.

The U.S. has the advantage of being a profitable hub of innovation and entrepreneurship. It can attract the best and the brightest minds from around the world, offering not just commensurate compensation but also the chance to interact with other innovators and entrepreneurs.

Given the rapidly increasing number of college graduatesfrom populous countries like India and China, especially those specializing in science and engineering degrees, there is a growing pool of potential workers that U.S. employers can choose from.

An added perk: Foreign workers may bring a slightly different set of skills, which in combination with the skill-set of U.S.-born workers, can help produce new and more efficient products. As faster laptops, more effective pharmaceuticals, better cellphones and other higher quality electronics are introduced into the market, we reap their benefits as consumers.

Innovation also helps drive growth and raises productivity across sectors of the economy. For instance, many industries – from car manufacturers to bankers – use software and electronics in their production processes.

To that end, more efficient electronics not only benefit consumers, but also raise the productivity of all sectors that use such products, fueling growth for the economy as a whole.

This article is republished from The Conversation under a Creative Commons license. Read the original article here: http://theconversation.com/hiring-highly-educated-immigrants-leads-to-more-innovation-and-better-products-100087.