Shareholders delivered a rare rebuke to the team running the world's most valuable company. 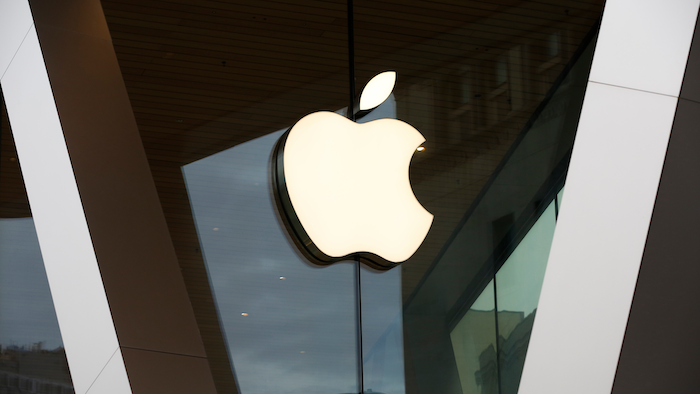 SAN RAMON, Calif. (AP) — Apple's shareholders have approved a proposal urging the iPhone maker to undergo an independent audit assessing its treatment of female and minority employees, delivering a rare rebuke to a management team that runs the world's most valuable company.

The measure passed Friday during Apple's annual meeting is nonbinding, so the Cupertino, California, company isn't required to adopt the recommendation.

But rebuffing the wishes of its shareholders would thrust Apple into an uncomfortable position, especially since the company has long cast itself as a champion of civil rights. CEO Tim Cook reiterated that belief Friday in response to a question from a shareholder during the meeting held remotely.

“I have long believed that inclusion and diversity are essential in their own right," Cook said. “And that a diversity of people, experiences and ideas is the foundation for any new innovation."

Like other major technology companies, Apple's workforce — particularly in high-paid technical positions — consists primarily of white and Asian men, an imbalance that the industry has been trying to address for many years.

Apple's board had pushed against the shareholder proposal seeking a civil rights audit that eventually be made public. The company pointed to its recent strides in civil rights inside and outside Apple that have made a third-party audit of its practices unnecessary.

The initiatives included Apple making a $130 million commitment to a racial equity and justice fund after the 2020 murder of George Floyd in Minneapolis. The company also says it is raising the pay of women and minority employees while also hiring more female, Black and Hispanic workers.

During Friday's meeting, Cook said Apple has achieved gender pay equity every year since 2017 and now has racial pay equity within the U.S. He also said 59% of Apple's leadership positions during the past year have been filled by people from “underrepresented communities."

But proponents of the civil rights proposal insisted Apple hasn't been doing enough, making it imperative for outsiders to investigate recurring reports of sexual harassment, discriminatory practices and other abuses within the company, which employs 154,000 worldwide.

The proposal gained momentum after Apple last year hired a former Facebook product manager, Antonio Garcia Martinez, to join its ad team __ a move that sparked an outcry among employees who accused him of making misogynistic and racist remarks in a 2016 book called “Chaos Monkeys." Apple quickly cut its ties with Garcia Martinez after the backlash.

Apple also raised widespread privacy concerns last year by announcing plans to scan iPhones for images of child sex abuse. Complaints about that scanning program prompted Apple to backtrack from that plan, but it provided another rallying point for the backers of a civil rights audit.

Apple shareholders generally have been enthusiastic supporters of the company because of the tremendous wealth that it has created. Apple currently is worth nearly $2.7 trillion, with most of the gains coming during the past two years of a pandemic that has made its products and services even more popular.

Yet the proposal for a civil rights audit of Apple won the backing of two advisory firms that often sway the votes of institutional shareholders. The audit proposal was supported by 5.13 million shares and opposed by 4.45 million shares, with 131.2 million shares abstaining, according to a Securities and Exchange Commission filing by Apple.

The outcome “shows that investors want to know if Apple is making a difference in tackling potential harms to key stakeholders stemming from its products and policies," said Dieter Waizenegger, executive director of SOC Investment Group, which was one of the shareholders that filed the civil rights proposal. “Investors heard from Apple’s corporate and retail workers who bravely spoke out against inequitable and harmful conditions even under the threat of retaliation.“

Similar shareholder proposals seeking civil rights audits have been adopted during the past year at several other publicly held companies, including CitiGroup.

Although he didn't say whether Apple intends to submit to a civil rights audit, Cook described gender and racial equity “essential to the future of our company."