He outlined a vaccination conspiracy theory in an email to prominent state business and political leaders. 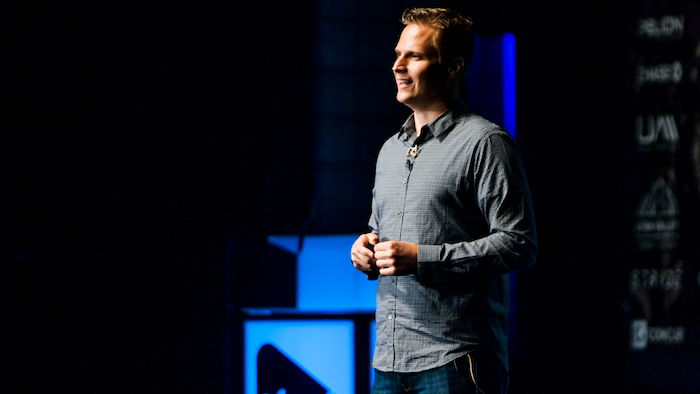 SALT LAKE CITY (AP) — A Utah tech company founder and onetime prominent figure in state Republican politics resigned from the board of the company he started Tuesday after sending an email outlining an antisemitic vaccination conspiracy theory.

David Bateman, founder and board chair of the company Entrata, claimed the COVID-19 vaccine is part of a plot by “the Jews” to exterminate people, Fox13 reported.

The email attacks the efficacy of the COVID-19 vaccine and urges people not to get it. It claims the pandemic and “systematic extermination of billions of people” will lead to an effort to “consolidate all the countries in the world under a single flag with totalitarian rule.”

“These irresponsible comments are hurtfully antisemitic, blatantly false, and we completely reject them,” Cox tweeted.

Bateman confirmed he sent the email in a text message to the news station. He said he had “nothing but love for the Jewish people” but he echoed the assertions in the email. The email contained his personal opinion and was intended for a few friends, he said.

He has retired as CEO of Entrata, a property management software company, but had remained chair of the company’s board. Bateman had also been a prominent figure in Utah Republican politics, financially bailing out the party a few years ago when its legal debt mounted during a court fight over paths for candidates to get on the ballot.

The Entrata board of directors asked Bateman to step down Tuesday, and he agreed.

“The opinions expressed by Dave were his alone and do not reflect the views or values of Entrata ... To be absolutely clear, we at Entrata firmly condemn antisemitism in any and all forms,” CEO Adam Edmunds said in a statement.

His email was also met with shock and dismay from people like Blake McClary, another prominent Utah tech executive who runs the Salt Lake City chapter of Silicon Slopes, a nonprofit representing the state's tech industry. He tweeted a call for Bateman to step down from Entrata and “not embarrass us.”

Rabbi Avremi Zippel of Chabad Utah called the email “blatant anti-Semitism” and a “flaming pile of garbage” that could lead to real-world violence.

“We know how quickly things go from ridiculous conspiracy theories online and in emails, how that jumps to violence rather quickly,” he said.

The COVID-19 vaccines authorized for use in the U.S. were tested in tens of thousands of people and proven to be both safe and effective at dramatically reducing the risk of serious disease and death. The vaccines now have been given to millions of Americans, and that real-world use plus extra government safety tracking have made clear that serious side effects are extremely rare — and that any risk is far lower than the risks posed by COVID-19.