Officials hope to forecast where silt will pile up before it gets in the way. 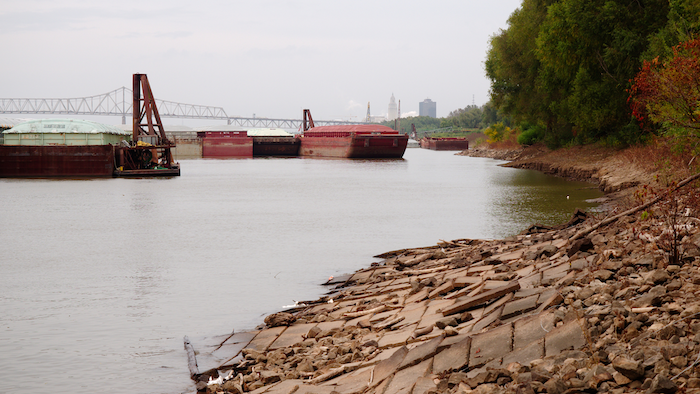 The federal government is putting up $1.6 million to help Louisiana develop “smart ports” that will gather data about Mississippi River conditions and traffic from tugs, barges and other vessels, officials said Wednesday.

The SmartPort project is a national first, officials said.

The state is adding $1.4 million to the grant from Commerce Department’s Economic Development Agency, according to Gov. John Bel Edwards and The Water Institute of the Gulf.

The Water Institute will tap into instruments already on the vessels but now used mostly by individual crews, President and CEO Justin Ehrenwerth said in a phone interview from Baton Rouge.

It's like the Waze app for drivers, he said — “you don’t need a new smartphone or equipment but the data allows you to decide the best routes.”

A pilot project was run at the Port of New Orleans, using about a dozen tugs from one company.

The Water Institute will use data about the river bottom to forecast where silt will pile up before it gets in the way.

Ehrenwerth said his understanding is that ports often call in dredges once there's a problem. “The problem with being reactive is you're losing time, you're losing money and burning more fuel,” he said.

Once the forecasts are developed, all eight Louisiana ports on the Mississippi will get them, he said. After the two years covered by the grants, Ehrenwerth said, they'll be asked to pay.

The Water Institute will also develop a resilience plan for each port, customized from the National Oceanic and Atmospheric Administration's Port Resilience Index.

A contractor will create a dashboard combining the river depth and traffic information with weather, river, and traffic data from roads around the ports to improve efficiency at ports, he said.

A Lower Mississippi River SmartPort & Resilience Center will be based at the Water Institute in Baton Rouge.

Ehrenwerth said the data from tugs and barges isn't as precise as that from specially designed survey vessels like those owned by the Army Corps of Engineers, but there's so much of it that it can be fine-tuned for accuracy.

The idea is that tug and barge companies will let the Water Institute install a cable or two and a computer app to gather their data in exchange for the much wider view they can get through the project, Ehrenwerth said.

"Our plan is, on the shoaling forecast, to sign up as many tugs and barges as we can. The greater the coverage in a section of the river, the better we will do," he said.