Civic groups said the measure would put customers’ personal data at risk and do little to fight crime. 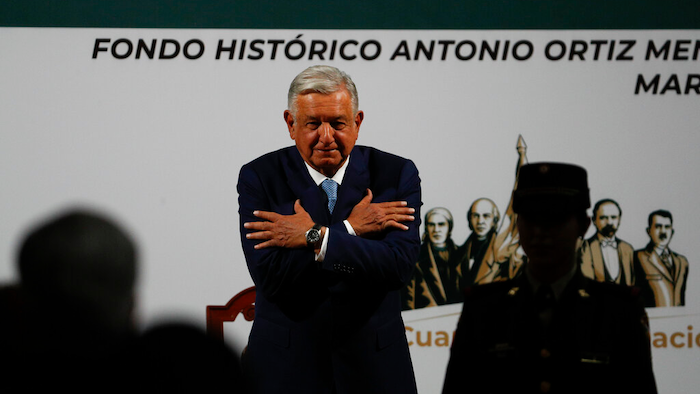 President Andrés Manuel López Obrador’s Morena party supported the bill, saying it is needed to fight crimes like extortion and kidnapping that frequently involve the use of cellphones.

The legislation, which was already passed by the Chamber of Deputies, would give cell companies two years to collect the data and make it available to the government.

Civic groups said the measure would put customers’ personal data at risk and do little to fight crime. The Mexican government has tried cellphone registries before without success and hasn’t even been able to block cell calls from within prisons.

López Obrador, who still must sign the bill for it to become law, said that “it is just a registry to care for the population,” adding that “we will never spy on anybody.”

Critics are more concerned about the information being leaked or sold, saying it could actually help thieves, extortionists and kidnappers.

The civic group Network for the Defense of Digital Rights said that "only authoritarian countries" demand such information on cellphone users and that criminals could easily steal or clone chips or phones to get around the requirements.

The group noted that a similar registry attempted by a previous administration between 2008 and 2011 was abandoned after user data was leaked.

It said such a massive government registry of as many as 120 million cellphone lines would also be vulnerable to hackers.

Opponents said they would seek to block the law in court.