Had enough of that effect? Turn it off. 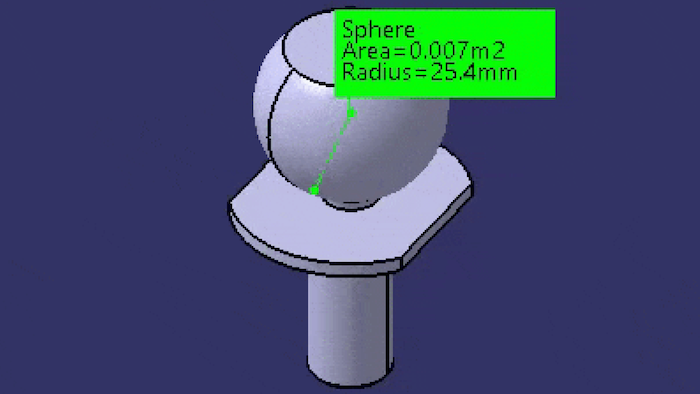 It’s time for another CATIA Tip in a Minute or Less, where the goal is to take a look at a common issue with an easy fix, solve it, and get moving along.

Measurements, by default, tend to take priority on the screen. If you create a measurement, it’ll “float” on top of any existing geometry. That’s not necessarily bad – especially if you want to see these values. You can see the effect below, where even though the part is rotated, the measurement always displays in front of it.

Had enough of that effect? Then turn it off. Go to Tools > Options > General > Display > Visualization and turn on “Display all elements using Z-buffer depth.” 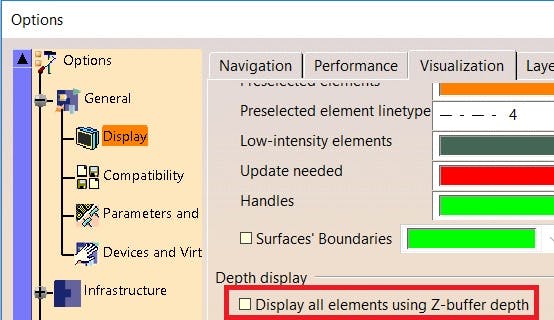 Now, measurements will not be visible when they’re behind other items.

This option doesn’t strictly apply to measurements. Anything else that tends to “float” to the front of the screen will be affected as well, such as wireframe elements like points, lines, and planes. This is a handy way to keep a lot of unhidden wireframe geometry under control, too.

Scott Henderson is a technical training engineer at Rand 3D.