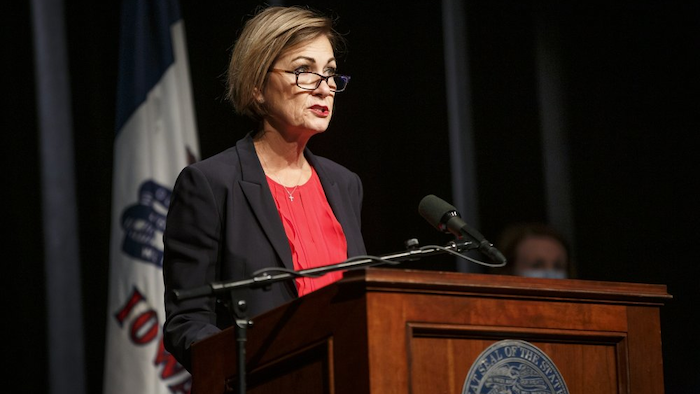 Reynolds said Wednesday that the state believes spending federal virus aid to purchase and implement a new accounting and human resources system for the executive branch is “an allowable expense," even though state and federal auditors disagree.

“We’re going to reach out (to the Treasury Department’s Office of Inspector General) and talk about why we believe it was an appropriate expense and hopefully we’ll get the answer we think we should get,” Reynolds told reporters. “And if not, we’ll readjust and do what we need to do. We’re not going to spend dollars in a manner that is not appropriate.”

State Auditor Rob Sand concluded Monday that the use of pandemic funds for the Workday project was inappropriate. He warned that Iowa would be on the hook to repay the federal government $21 million if the funds are not diverted to an allowable use, such as virus testing, contact tracing and personal protective equipment.

The Treasury Department’s deputy inspector general also told the state in an Oct. 16 letter that the spending would not be allowed, noting the Workday contract was signed before the pandemic. He said the money spent so far should be returned to the state's $1.25 billion coronavirus relief fund and used for another purpose.

Reynolds said the state plans to send a letter to that office this week responding with its arguments. Her administration has said in the past that the computer upgrade will allow state employees affected by the coronavirus to request benefits and time off.