Rising share prices created an average of five new Chinese billionaires every week over the past year. 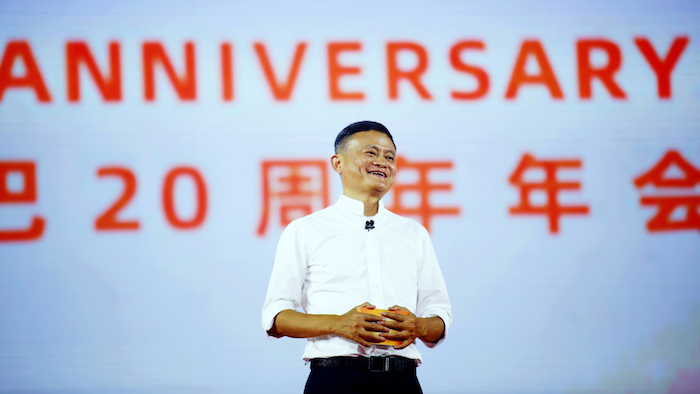 BEIJING (AP) — Jack Ma, founder of e-commerce giant Alibaba, held onto his status as China’s richest tycoon this year as surging demand for online shopping and other services during the coronavirus pandemic swelled the fortunes of internet entrepreneurs, according to a survey released Tuesday.

Ma’s fortune rose 45% percent over 2019 to $58.8 billion, according to Hurun Research Institute, which follows the country’s wealthy.

Ma Huateng, founder of Tencent, which operates the popular WeChat messaging service, was No. 2 at $57.4 billion, up 50%. Debuting at No. 3 was Zhong Shanshan, chairman of bottled water brand Nongfu Spring, with $53.7 billion following his company’s Hong Kong stock market debut in September.

Rising share prices created an average of five new Chinese entrepreneurs worth at least $1 billion every week over the past year, according to Hurun’s founder, Rupert Hoogewerf.

“The world has never seen this much wealth created in just one year,” said Hoogewerf in a statement. “China’s entrepreneurs have done much better than expected. Despite Covid-19 they have risen to record levels.”

The richest woman on the list was Yang Huiyan of real estate developer Country Garden. She was No. 6 at $33 billion, up 29% from last year.

Rankings of China's richest change abruptly from year to year as real estate, technology and other industries rise and fall in the fast-evolving economy.

This year, the coronavirus boosted the fortunes of Alibaba's Ma and other internet entrepreneurs as the shutdown of the Chinese economy to fight the virus propelled demand for online shopping and business tools.

Ma, 56, retired as Alibaba chairman last year and also is a shareholder in Ant Group, a payments service spun off from Alibaba. It is preparing for a public share offering after being valued at $150 billion in a 2017 private financing round, which will add to Ma’s fortune.

Business leaders who tumbled down the list included Ren Zhengfei, founder of Chinese tech giant Huawei. U.S. export controls imposed in a feud with Beijing over technology and security threaten to cripple its sales of smartphones and switching equipment. Ren's net worth declined 10% to $2.8 billion, according to Hurun.

Lei Jun of rival smartphone brand Xiaomi saw his fortune more than double to $25 billion as its share price surged, possibly boosted by expectations sales will benefit from Huawei’s troubles.

One of the challenges with programs intended to improve cybersecurity is that a high percentage of critical infrastructure is owned and operated by private companies.
Jul 6th, 2021
Follow Us
Most Recent