Dozens of the researchers are funded by Facebook founder Mark Zuckerberg. 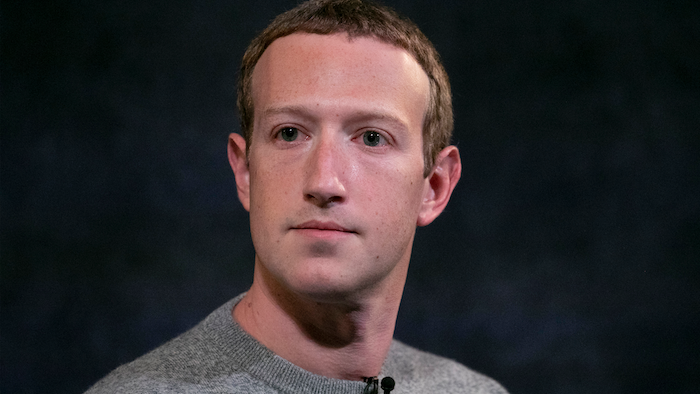 BOSTON (AP) — Dozens of scientists doing research funded by Mark Zuckerberg say Facebook should not be letting President Donald Trump use the social media platform to “spread both misinformation and incendiary statements.”

The researchers, including 60 professors at leading U.S. research institutions, wrote the Facebook CEO on Saturday asking Zuckerberg to “consider stricter policies on misinformation and incendiary language that harms people," especially during the current turmoil over racial injustice.

The letter calls the spread of “deliberate misinformation and divisive language” contrary to the researchers’ goals of using technology to prevent and eradicate disease, improve childhood education and reform the criminal justice system.

Their mission "is antithetical to some of the stances that Facebook has been taking, so we’re encouraging them to be more on the side of truth and on the right side of history as we’ve said in the letter,” said Debora Marks of Harvard Medical School, one of three professors who organized it.

The others are Martin Kampmann of the University of California-San Francisco and Jason Shepherd of the University of Utah. All have grants from a Chan Zuckerberg Initiative program working to prevent, cure and treat neurodegenerative disorders including Alzheimer's and Parkinson's disease.

They said the letter had more than 160 signatories. Shepherd said about 10% are employees of foundations run by Zuckerberg and his wife, Priscilla Chan.

The letter objects specifically to Zuckerberg’s decision not to at least flag as a violation of Facebook’s community standards Trump's post that stated “when the looting starts, the shooting starts” in response to unrest in Minneapolis over the videotaped killing of George Floyd, a black man, by a white police officer. The letter’s authors called the post “a clear statement of inciting violence.”

In a statement, the Chan Zuckerberg Initiative noted that the philanthropic organization is separate from Facebook and said “we are grateful for our staff, partners and grantees” and “respect their right to voice their opinions, including on Facebook policies.”

Some Facebook employees have publicly objected to Zuckerberg’s refusal to take down or label misleading or incendiary posts by Trump and other politicians. But Zuckerberg — who controls a majority of voting shares in the company — has so far refused.

On Friday, Zuckerberg said in a post that he would review “potential options for handling violating or partially-violating content aside from the binary leave-it-up or take-it-down decisions”

“I know many of you think we should have labeled the President’s posts in some way last week,” he wrote. "Our current policy is that if content is actually inciting violence, then the right mitigation is to take that content down — not let people continue seeing it behind a flag. There is no exception to this policy for politicians or newsworthiness.”