A group of universities and tech companies will evaluate proposals to use Summit. 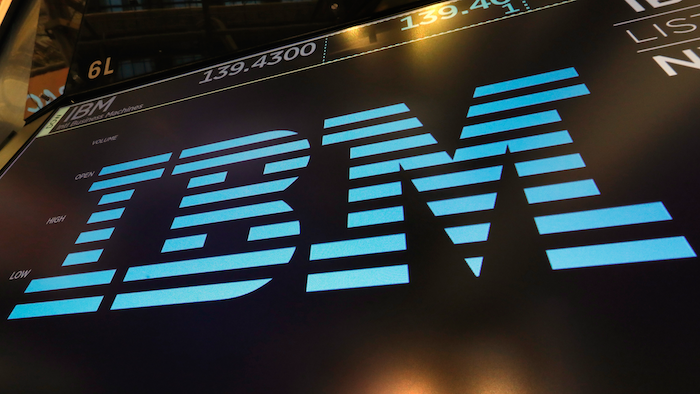 IBM logo above a trading post on the floor of the New York Stock Exchange, March 18, 2019.
AP Photo/Richard Drew, File

The rapid worldwide spread of the coronavirus since it was first revealed in China less than three months ago has dealt an unparalleled shock to the global economy.

Following are weekend business developments related to the outbreak as governments attempt to stabilize their economies, companies navigate through an altered landscape, and millions of people face job losses and interrupted goods and services.

IBM is offering up its speedy supercomputer to help combat the new coronavirus.

The technology company said Sunday that it is working with the White House and the U.S. Department of Energy to make its computing power more accessible to researchers tackling the coronavirus. A group that includes universities and other technology companies such as Amazon and Google will evaluate proposals from researchers around the world and decide which ones will get access to the supercomputer.

The hope is that researchers could use it to map out how the virus spreads or find treatments for those infected or aid in the search for a vaccine. The 16-system supercomputer, called Summit, looks like a data center and takes up as much space as two tennis courts.

3M said that it has doubled the number of face masks it makes to 100 million per month in its plants around the world. It is working to double that amount again in the next 12 months. In the U.S., 3M said it is producing 35 million masks a month and said Sunday that 500,000 of them are currently being shipped to New York and Seattle from a South Dakota plant. 3M said it also makes masks in Asia, Europe and Latin America.

More than 1,500 contracted workers have been laid off from jobs at LaGuardia, Newark Liberty International and John F. Kennedy International Airport, according to Local 32BJ of the Services Employees International Union, which represents more than 10,000 airport service workers in New York and New Jersey.

The union and more than 50 elected New York and New Jersey officials are demanding paid sick days, health care and layoff protections for contracted workers in any federal bailout for the airline industry, which requested more than $50 billion in rescue aid last week. Contracted workers make up 30% of airport workers nationwide, according to the union.

Luerica Fiffee, a JFK passenger service representative and mother of seven children, said she was laid off Thursday. “I have poured my heart and soul into this job,” Fiffee said in a tele-news conference. “We need people to take us seriously.”

Takiah Garrett, a passenger service representative at Newark, said she goes to work in fear of possible exposure to the virus and of losing her job. “I know I work in a high-risk job where I’m exposed but I need my job and I like my job. I need to keep a roof over my head and my kids,” said Garrett. “I could get laid off any minute.”

Marriott International Inc. said that it will furlough thousands of corporate employees at its U.S. headquarters and globally. The decision, first reported by The Wall Street Journal Sunday, adds to massive recent payroll reductions that began last week.

The world’s largest hotel company, like many of its peers, is trying to cope with a plunge in demand due to the coronavirus.

Marriott said Sunday that it is furloughing about two-thirds of its 4,000 corporate employees at it headquarters in Bethesda, Maryland. It is also furloughing about two-thirds of its corporate staff abroad; it has about 174,000 employees globally. The furloughs are expected to begin in April and last up to 90 days. The company said it plans to bring all the staff back when it can.

The company told President Donald Trump last week that it has begun reducing workers’ hours and starting to furlough what could eventually become tens of thousands of workers at its hotels. About 750,000 people wear a Marriott name badge globally.

U.S. hotel companies are seeking $150 billion in direct aid from the government for their workers.

Airlines and retailers are pleading for aid as Congress and the White House continue to negotiate a rescue package. In a letter to U.S. House and Senate leaders Saturday, the CEOs of 10 airlines and cargo companies said they will be forced to take “draconian measures,” including laying off many of their 750,000 workers, if Congress doesn’t immediately approve at least $29 billion in payroll grants. The companies promised not to reduce employment through Aug. 31 if those grants are approved. Airlines are seeking a total of $58 billion in loans and direct grants; so far, the White House and Senate Republicans have offered up to $50 billion in loans but no grants. Airlines — cognizant of criticism — also promised to limit executive compensation and eliminate stock buybacks and dividends for a time if they are granted at least $29 billion in loans.

Also Saturday, the National Retail Federation, the nation’s largest retail trade group, sent a letter to the White House stating that retailers and their vendors are losing tens of billions of dollars every week due to the virus outbreak.

“As the nation’s largest private sector employer, supporting 52 million working Americans, retailers are committed to sustaining their workforces even if stores must close temporarily,” the letter said. The letter, which was also signed by 89 retail trade groups, urged policymakers to consider proposals that would provide sufficient liquidity for small, medium and large-scale businesses to remain viable until the end of the crisis.