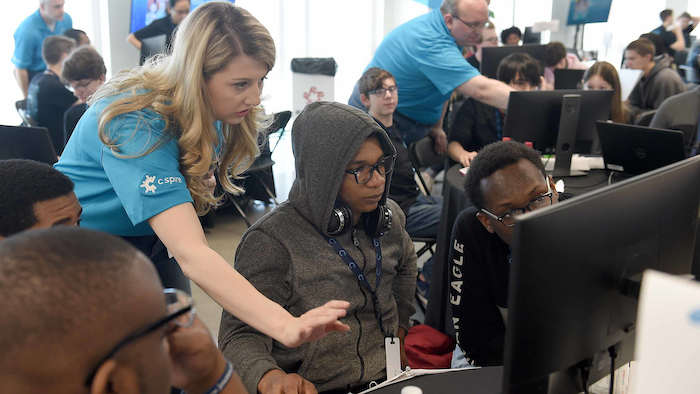 C Spire ran a TV ad during the Super Bowl with actors portraying economic development officials in other states thanking Mississippi for not requiring computer science. The ad says Mississippi is losing high-paying tech jobs to Georgia and other places.

"Our future, our growth is really tied to the success and growth of the state," Miller told the Clarion Ledger.

Company officials said legislative action is needed to require the curriculum for Mississippi's economy to keep pace with other states.

"The common denominator with all of our neighbors and the rest of the country is that they understand the importance of computer science and the central role that computing plays in our daily lives, in commerce and virtually every occupation in our modern economy,” C Spire CEO Hu Meena said in a statement. "They’re investing today so that their state and their people can have a brighter tomorrow. We need to do the same thing."

A bill has not yet been filed.

House Education Chairman Richard Bennett, a Republican from Long Beach, said he has heard from C Spire and other companies on the issue.

"They're committed," Bennett said of C Spire. "Now, we just need to all sit down and come up with the right program, the right direction."

Republican Gov. Tate Reeves has proposed a $100 million workforce training program that includes $1.5 million for educating the "next generation of Mississippi coders in software development." His spokeswoman Renae Eze said improving the educational system would be his "first mission."

"Through his $100 million workforce development plan, every Mississippi student will be exposed to computer science and coding courses before graduation," Eze said in a statement. "Gov. Reeves is committed to working with our partners in both the public and private sectors to ensure our students have every opportunity to succeed.”