Covariant says its “universal AI” is already up and running in numerous industries. 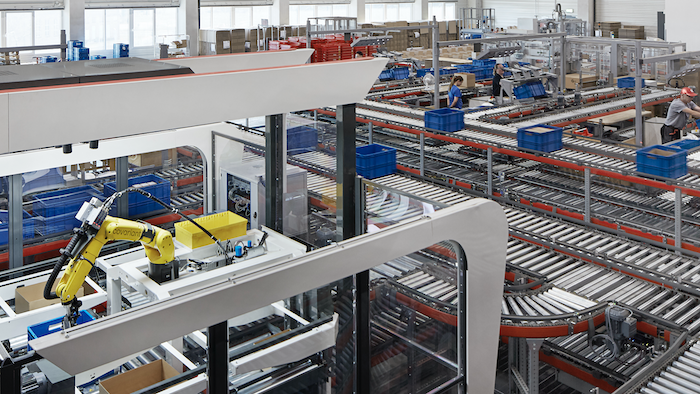 In late 2017, a group of artificial intelligence researchers from San Francisco lab OpenAI and the University of California-Berkeley established a new company they named Embodied Intelligence.

The startup raised $7 million from an initial fundraising round in hopes of developing the software that could finally allow increasingly sophisticated robots to take on human-like activities. It then went almost entirely silent — until this week.

The company, now named Covariant, announced its emergence from a “stealth” period that saw it grow from the development phase to a pilot project to mass production over the past year, with help from another, previously unannounced $20 million fundraising campaign in early 2019.

Officials said Wednesday that the company’s technology, named Covariant Brain, has already been deployed at facilities in the electronics, apparel and pharmaceutical sectors in both North America in Europe.

"Even though we are just getting started, the systems we have deployed in Europe and North America are already learning from one another and improving every day," UC-Berkeley engineer Pieter Abbeel, the company’s founder, resident and chief scientist, said in a statement.

Peter Puchwein, the vice president of innovation at Austrian logistics firm and Covariant partner Knapp, told MIT Technology Review that the warehouse robots at German electrical supplier Obeta went from picking 15% of its product line to 95% following the addition of Covariant’s AI system in September.

Covariant investor and Uber Advanced Technologies chief scientist Raquel Urtasun added that the technology could unlock robotics in numerous other industries where robots would need to meet “an endless number of unexpected scenarios.”

The startup’s cofounders, meanwhile, indicated to MIT that a major deal with a global industrial robotics company is close to completion.